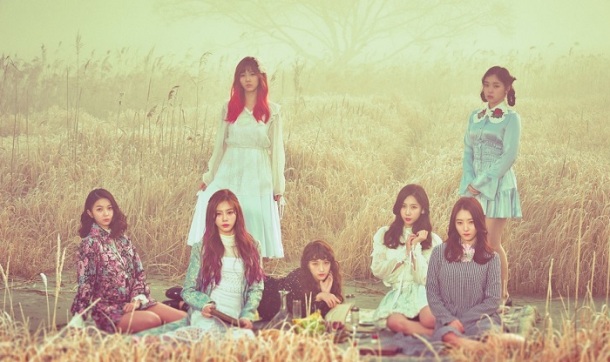 After re-branding from their previous sound as pop group Minx, the girls of Dreamcatcher reemerged with the ballsy dance/rock hybrid of Chase Me. Looking back on my thoughts about that track in January, I probably wasn’t generous enough with my score. Though it left a defining mark back then, the song has only grown more impressive with age. I couldn’t be happier that Dreamcatcher is sticking with this metal-infused sound for their first comeback, even if Good Night isn’t as interesting or unique as their debut.

What made Chase Me such a triumph was its ability to fuse traditional k-pop structure and hooks with the kind of aggressive, crunchy guitars so familiar to listeners of Japanese rock. In contrast, Good Night is a much more straightforward affair. While the sound is still fresh within the narrow world of k-pop girl groups, the song itself could have easily been delivered by countless Japanese acts or even the throngs of pop/punk bands favored by western pop culture outlets like Hot Topic.

Good Night opens with a dramatic blast of electric guitar that quickly gives way to its driving verses. Punctuating the girls’ light vocals with bursts of heavy metal riffs provides a nice contrast that retains the potency of their debut. But whereas Chase Me‘s chorus punched forward with an undeniable intensity, Good Night‘s refrain feels much more generic. This isn’t to say that it’s entirely unsuccessful; it just mirrors so many other songs of this genre. A brief post-chorus rap verse supplies the necessary k-pop tropes, even if it feels a little shoe-horned in. I want to absolutely fall in love with Dreamcatcher, and they’re certainly on the right track with their stylistic choices. But k-pop has always done such a great job of mixing disparate elements and genres together to create something truly unique. I hope the girls’ next effort brings in more of that experimentation.