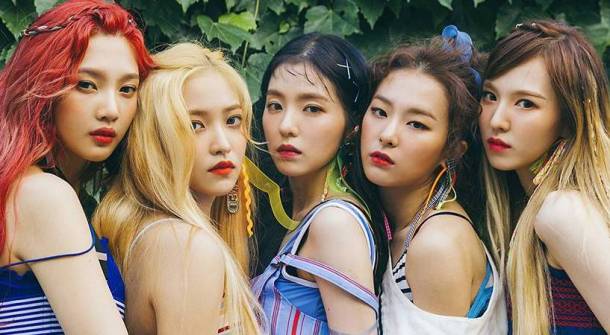 Red Velvet‘s Red Summer mini album is so strong that it was hard to pick just one track to highlight. The euphoric EDM of You Better Know is certainly worthy of its own post, but there’s just no discounting the production power of LDN Noise. It’s been awhile since SM has given one of this team’s songs to an artist, and their unique touch has definitely been missed. Luckily, they’ve come roaring back with the triumphant Zoo.

The song immediately unleashes a tropical synth beat interwoven with a literal collage of jungle animal noises. In lesser hands, this could have easily come off as cheesy and gimmicky, but the way LDN Noise uses these bizarre samples as extra bits of percussion is inspired. Though the instrumental approaches the dreaded tropical house trend, it does so with such flourish and imagination that it’s hard to fault it. Zoo conforms to standard pop structure, but truly feels like it could go anywhere. The sing-talk melody plays perfectly with this production — nimble and adventurous in its use of tone and chant. It’s the kind of wild pop track that f(x) used to churn out so frequently, and it takes a certain kind of girl group to pull it off with such flair. Red Velvet have the perfect blend of quirky and powerful to make this Zoo more than worth visiting.