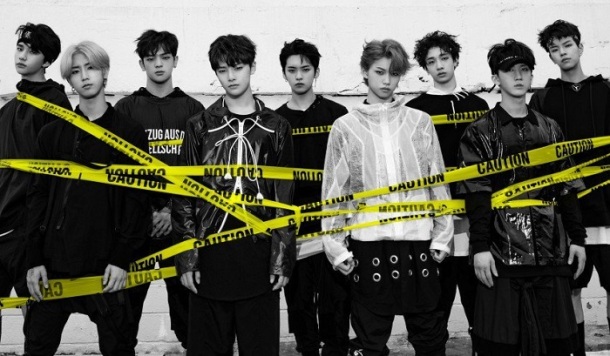 Rookie group Stray Kids released my favorite debut of the year with March’s District 9. That track positioned them as an exciting new force in K-pop, blending trendy hip-hop with a bombastic rock edge that felt unique and disruptive. It was always going to be a difficult song to follow up, so it makes sense that new single My Pace feels a bit underwhelming in comparison. Even so, the track retains the group’s core elements with a few new twists.

I was concerned to see My Pace pairing Stray Kids with producers Earattack. This may be controversial to say, but I partially blame Earattack for destroying GOT7’s post-2015 sound. I find much of their work for boy groups to be lacking in melody with an over-emphasis on acting “hard” and tough. Stray Kids are too promising to get caught up in that cliché. Luckily, the guys compose all their own material, and excel at bringing a welcome sense of hookiness to even the most swag-filled hype tracks.

Right off the bat, My Pace returns Stray Kids to rock territory. A gritty guitar riff and rollicking vocal hook kick off the track. The delivery here feels a little cheesy, but promises better things down the road. Before that, we shift to a hip-hop verse. The rap here is more structurally diverse than District 9, but never quite matches the sustained, aggressive energy that made that song such a showstopper. My Pace’s chorus enlists distorted guitar and pairs it with surprisingly bright synths and chanted vocals that lead back to the track‘s opening hook. It’s a dynamic blend of elements, even if it lacks some of the punch I was hoping for. Overall, Pace feels less focused than expected, and I’d chalk that up to the kind of natural growing pains any rookie group experiences.