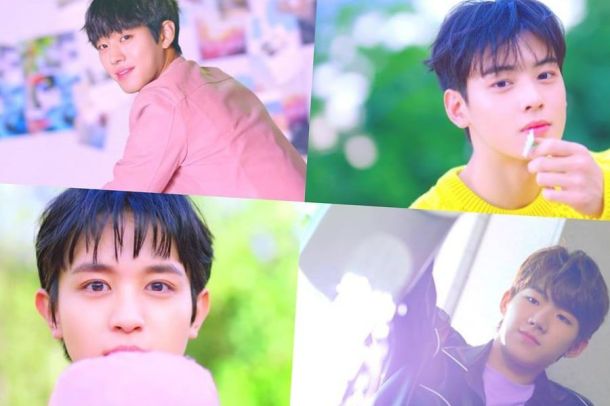 It hasn’t even been a week since the release of SM Station’s Red Velvet-meets-GFriend-meets-(G)I-DLE-meets-Chungha supergroup, and we already have another unlikely collaboration on our hands. S.O.U.L is a little different, combining actors and idols for the soundtrack of upcoming Youtube Red drama Top Management. The biggest name here is probably Astro’s Cha Eunwoo, with actor Jeong Yuan, rapper Bang Jaemin and actor/singer Ahn Hyoseop rounding out the quartet.

That’s a lot of information to process, so it’s a good thing that Get Myself With You (네 꿈이 좋아) goes down easy. This is chill funk-pop that’s innocuous enough to please any listener. Whether it makes any discernible impact is another question. The song unleashes its head-bopping groove immediately and never really strays. This doesn’t result in the most dynamic arrangement, but its straightforward approach proves hard to resist.

I can’t help but feel that this track was released a few months too late. Get Myself is tailor-made for laid-back summer afternoons, painting a hazy backdrop that is incredibly refreshing. It never requires much vocal firepower, but the guys do an admirable job supplying the kind of breezy tone that makes this style work. Eunwoo’s falsetto is especially pleasant, offset by a welcome touch of rhythm guitar during the engaging pre-chorus. The song’s hook employs the kind of minimalist, beat-driven production popular with Western acts like Charlie Puth. Its refrain is simple, but disarmingly catchy. That’s probably a good description of Get Myself as a whole. It sets its ambitions low, but at least it aces them.