At the end of each month, I look back at my three favorite title tracks by K-pop artists. I take my own ratings into account, but there’s a bit of wiggle room as certain songs tend to grow or fade.

October was like one of those Halloween horror movies with a twist at the end. Despite a few strong girl group releases and a great album by NCT 127, the first few weeks felt pretty uneventful. Coupled with the late-September Chuseok lull, this period had me feeling pretty uninspired. I feared that October could go down as one of the weakest months of 2018, despite being flush with releases (39 title tracks reviews, plus buried treasures and J-pop!).

But then, fantastic comebacks started to appear from the most unlikely of sources. My top three songs are all from October’s final weeks, and two come from acts I would have never expected to appear in my honorable mentions — let alone my top three.

My top song of the month ranks among my very favorite material of the year, and probably won’t be a surprise to anyone who regularly follows the Bias List. I was won over the very first time I heard it, and I love it even more now.

2018 has been an odd year for K-pop. It started incredibly strong with a knockout January, but hit an uninspired patch during the late summer — right when the industry usually revs up.  I’m hoping the year can finish just as strongly as it started. Many high-profile comebacks have already been announced for November, so the potential is definitely there. 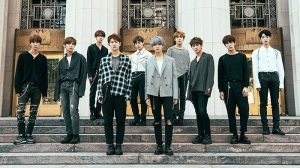