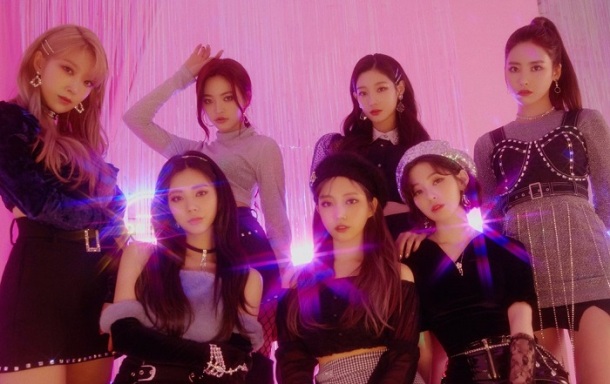 When it comes to girl group DIA, each comeback feels like a minor miracle. I’m not sure they’ve ever released new material that hasn’t suffered some sort of delay or change. Though it’s not their fault, the group’s atrocious management has made it difficult for them to gain a stranglehold on K-pop’s notoriously fickle market. Worse yet, when new music finally emerges, it’s rarely something to rave about. So far, DIA just haven’t been able to nail down a signature sound.

Much has been made about Momoland being the successors to second gen group T-ara’s quirky dance-pop style, but the energetic WOOHA (우와) gives them a run for their money. This is surely due to producer Shinsadong Tiger, who has crafted tracks for all three groups. He’s known for drawing influence from (ie: cannibalizing) his own work, so it’s no surprise that WOOHA comes off like a retread. That’s not automatically a bad thing, either. This kind of high-octane dance pop never really goes out of style.

Instead, WOOHA feels like comfort food. It follows the 2018 Momoland template to a tee, even including a post-chorus, second-verse tempo shift. Its hooks aren’t as indelible as either Bboom Bboom or BAAM, recycling a circular melodic pattern rather than opting for something more memorable. The descending synth loop that comes after each chorus is an addictive touch, even though it may prove too abrasive and squeaky for some. Most importantly, WOOHA maintains its breakneck tempo all the way to its finale. Shinsadong Tiger has composed much more interesting material than this, but he knows what his listeners crave. Sometimes all you want is an unapologetic — and kind of cheap — dancefloor-ready knockoff.