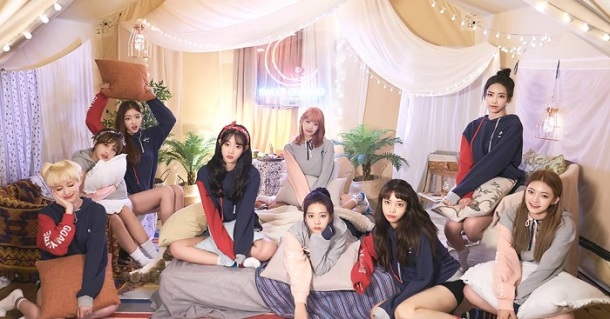 In these days of the waning tropical trend, artists really have to do something daring with the genre’s template to stand out. A simple fill-in-the-blank “trop bop” just won’t do. And with the repackaged single Good Night (굿밤), DIA have fully surrendered to the most grating aspects of this fad. For a group constantly struggling to find their identity, going this generic is probably the worst thing they could do. I really want to enjoy DIA’s music, and August’s Can’t Stop was a step in the right direction, but every time they show promise it’s undercut by a track like this.

Good Night isn’t offensively bad. It’s just incredibly dull and played out. As with so many songs this year, those incessant tropical synth squiggles are omnipresent. I just want to reprogram every device in Korea capable of creating this overused instrumental accent. It should have been banned from k-pop months ago, but it keeps rearing its head even as we transition to fall and winter. To make matters worse, the girls give a halfhearted performance perched somewhere between “sleepy” and “baby talk.” It’s a bafflingly low-energy choice, which leaves Good Night without the punch of a dance track or the weight of a good ballad. I’m not sure what the song is trying to be, beyond a three minute soundtrack for the girls to look cute.

The thing is, DIA can be more than this. It’s hard to believe that anyone — including the girls themselves — felt remotely excited about promoting such a forgettable track. For a group who has sent several members to KBS’s upcoming The Unit series in search of a reinvention, the time is right to stop pussyfooting around and go for broke. Trendy songs like Good Night may keep them around in the short term, but they won’t help fuel a meaningful, lasting career.