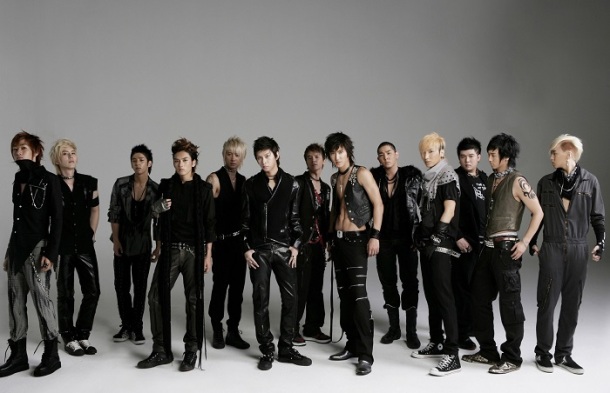 If you had only heard their post-2014 material, Super Junior’s Don’t Don (돈 돈!) would be quite a shock. Back in 2007, SM Entertainment was deep in its extended Yoo Young-Jin phase, where the legendary producer crafted hits for almost every one of the agency’s acts. This resulted in the creation of the iconic SMP (SM Music Performance) sound — a bombastic hodgepodge of genre elements that remains incredibly unique to this date. I’d argue that this style peaked early with 2005’s legendary Rising Sun, but its template continued to churn out classics for many years after.

Don’t Don arrived two years into Super Junior’s career, when they were still a 13-member group with various off-shoots rotating around their orbit. The song acts as a sonic sequel to their debut, Twins. It pulls from the same theatrical backdrop, powered by chugging, distorted guitars and aggressive percussion. As Yoo Young-Jin productions of this era tended to do, the song has a fitful arrangement that doesn’t conform to traditional pop structure. Its first verse is fairly straightforward, though the fact that it doesn’t begin until forty-two seconds into the track may surprise newer K-pop fans.

Don’t Don’s layered chorus is a thing of beauty. The vocals have that trademark Young-Jin sound, cascading over the track with a potent jolt. This refrain has a militaristic style — more chant than melody. This leads us into a looser second verse, which injects a shout-rap breakdown that pairs well with the explosive backing track. From here, Don’t Don moves into a near-minute long instrumental segment driven by dramatic violin courtesy of Super Junior-M’s Henry. More musical than pop song, Don’s climax brings everything together for a rousing finish. K-pop doesn’t make them like this anymore. Some listeners may consider that a relief, but I adore this kind of overstuffed, ambitious song experiment.