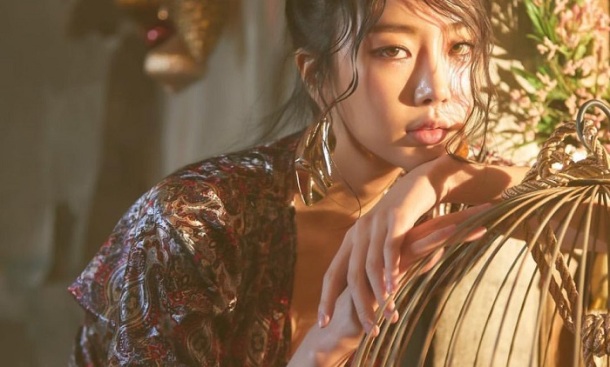 DALsooobin is one of the stupidest stage names ever. It actually pains me to type it. But, Park Subin has released some solid music since her group Dal Shabet’s hiatus. Around this time last year, she unveiled Katchup, which deftly towed the line between the idol and indie worlds. New single Dive pushes a bit more into the mainstream, but not in the way you’d expect.

If you would have told me that Dive was some long-lost cover from the late 90’s, I’d probably believe you. DALsooobin deserves a spot in my imaginary K-pop Lilith Fair, that’s for sure. The song takes a rootsy pop approach, back-dropping Subin’s performance with a choir of voices that lend Dive a touch of southern rock flair. Given K-pop’s hip-hop inclinations, this isn’t a sound you hear often — or at all. That makes Dive quite refreshing. It’s also a perfect match for DALsooobin, whose soaring vocals feel emotive in a totally organic way.

Melodically, Dive doesn’t do anything we haven’t heard before, but it’s produced to the hilt. Opening as a piano ballad, the track gains strength as it snowballs toward its powerful chorus. Those aforementioned backing vocals work wonders, giving Dive the kind of oomph often missing from songs of this nature. I love the interplay between the vocals, especially the contrast between Subin’s tone and the male ad-libs supporting it. This all climaxes in a gospel fervor during Dive’s final moments, and I kind of wish this vocal jam session went on even longer. It’s not K-pop as we know it, but that’s not necessarily a bad thing.