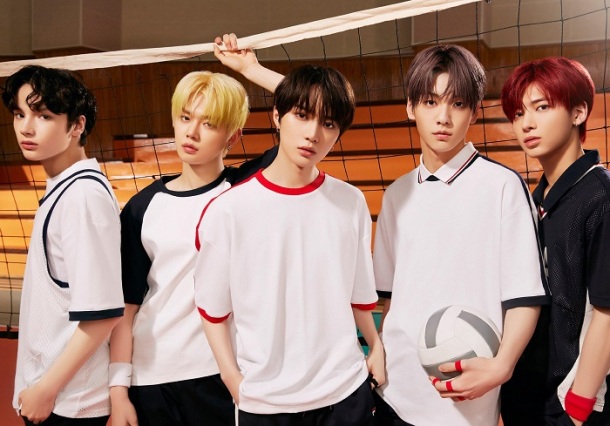 Leave it to anime to help inspire a great 2020 TXT song. The group has recently released a Japanese-language version of their should-have-been-title-track Drama for the J-pop market, and I’m glad to see it finally getting promoted somewhere. As part of the single, TXT have also delivered their first original Japanese track Everlasting Shine, which acts as the theme of anime series Black Clover.

The relationship between anime and J-pop has been long and fruitful, often spawning songs that are big and exciting and rarely beholden to trends. Despite enlisting Japanese composers, Everlasting Shine feels very much like a TXT track. But, it has a graceful melodic heft that’s been missing from much of their 2020 Korean work. Anime themes call for dramatic, sweeping melodies, and Everlasting Shine opens with its gorgeous chorus. Underpinned by strumming guitar, the refrain is instantly galvanizing and memorable. The vocal production still conforms to Big Hit’s mushy, processed style, which is confusing given the switch in producers. But, the track’s bones are strong.

This strength continues into Shine’s verse, which chugs along nicely without needless diversions. True to their K-pop roots, the track collapses a bit as rap brings the tempo down during verse two. It’s not an unforgivable detour, but it does blunt the song’s momentum. Everlasting Shine is better when it embraces the inherent euphoria of its build. That chorus is really quite majestic, and effectively draws upon TXT’s wistful strengths.