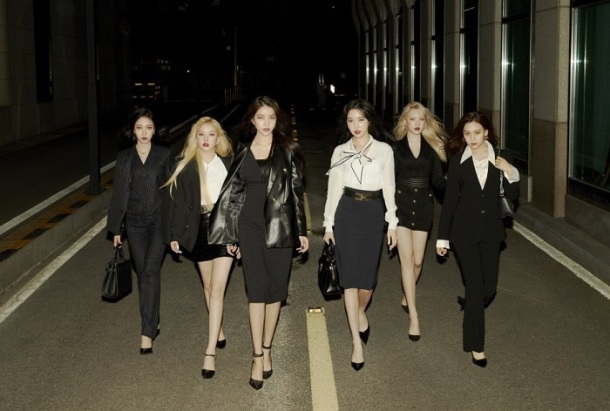 GFriend have always been “albums artists,” with b-sides that are often better than their accompanying title track. So, the release of a full album is always good news. True to form, Walpurgis Night is a treat from start to finish. I think that MAGO was definitely the correct choice for single, but the first half of the album keeps the quality (and tempo!) high. Both Love Spell and Three Of Cups could have easily been chosen as buried treasures, but I decided to go for GRWM, which is the album’s biggest peak of energy.

Written by the Mospick team, GRWM isn’t quite as disco as the three tracks that precede it, but it offers a shot of adrenaline that fits GFriend well. It’s got that galloping electro beat I love so much, which acts as a springboard for a sprightly melody and galvanizing hook. Never mind that the post-chorus sounds more like “let’s get red with me” than “let’s get ready with me.” There’s a bit of charm to the odd phrasing.

More importantly, this hook is echoed by a mammoth synth riff that gives GRWM plenty of drive. GFriend deliver a polished performance, imbuing the chorus with their trademark power. We even get a Yuju power note during the climax, which has always been one of my favorite GFriend hallmarks. GRWM is all about the anticipation before a big event, and it unveils this sentiment with panache.