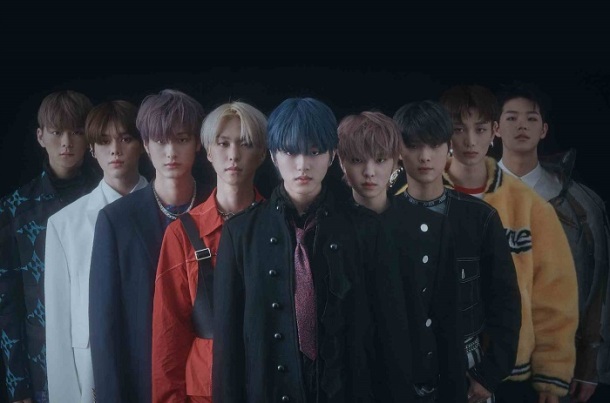 Rookie group GHOST9 have blitzed the market with music since their September debut. Three mini albums in less than seven months is quite a feat, and will hopefully give them a foothold within the ever-competitive idol landscape. Their previous two releases were billed as “Pre Episodes,” positioning this new one as the main course. As such, the guys have focused on the city of Seoul as both a setting and inspiration.

As specific as the song’s content is, its production suffers a bit of an identity crisis. Seoul can’t figure out if it wants to be hard-hitting hip-hop, glitchy EDM or smooth synthwave. All these elements are thrown into a blender, giving the track a messy – sometimes even dissonant – quality. On first listen, this was a major turn-off. But, Seoul is salvaged by a great chorus, which anchors the track’s more indulgent moments.

The instrumental’s sputtering EDM attack is quite abrasive, centered around a descending swirl of electronics that gives the track a confrontational energy. Taken on its own, I think this loop is quite fun. But, I’m not sure that the rap during the verses completely matches its delivery, leading to a chaotic mix. In contrast, Seoul’s chorus brings the polish. The production fills out and we get a taste of the vocal firepower that first piqued my interest in GHOST9. Its towering refrain blends well with the dramatic synth supporting it, and this hook just gets better and better each time it repeats. Seoul is the rare K-pop track that repelled me on first listen, but is already proving itself to be more satisfying than I’d first thought. Even better, the mini album itself is fantastic.