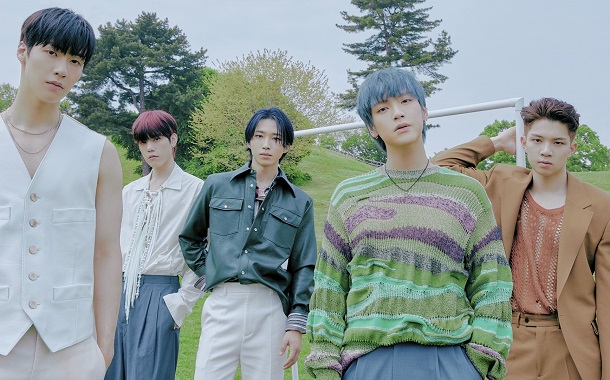 A year since their last comeback, idol band N.Flying have returned with their first full album. Full albums are a big deal in K-pop. At the very least, they represent a certain level of support from an act’s agency. But, they also offer the opportunity to stretch yourself and your sound across a wider expansion of tracks. Though N.Flying were once at the whims of outsourced composers, they now write all their own material, including the ten tracks of Man On The Moon.

Moonshot feels like a blend of the band’s newer and older material. It’s more restrained than their rollicking 2017-era fare, but has a swinging grooviness that hearkens back to those early days. Falling somewhere between mid and uptempo, the track is largely devoted to the percussive stomp that underlines its verses and chorus. Even the guitar follows this general rhythm.

An injection of celebratory brass adds oomph to the hook, and I wish that texture had been further developed. Moonshot does its thing quite well, but becomes more repetitive as it wears on. This is in spite of a reliably bravura performance from Hweseung and Seunghyub. Their interplay never grows old, even if the song doesn’t offer too many opportunities to shine. In the end, Moonshot lays down its groove and rarely strays from it, forging a cohesive track likely to please fans. This style of rock music often leaves me cold, but I can appreciate its charms when performed by such a solid band.