K-pop history is stuffed with great albums, and there’s only so many Buried Treasures and Battle of the B-sides features available to cover all these noteworthy tracks.

The album format has always been special to me. Whether it’s a full-length or mini, albums have the opportunity to tell stories and develop an act’s personal style. Occasionally, I dive in and offer in-depth track by track reviews, but sometimes a bite-sized overview is just as fun.

That’s what this feature is all about: sharing notable albums and offering some quick thoughts about what makes them tick. 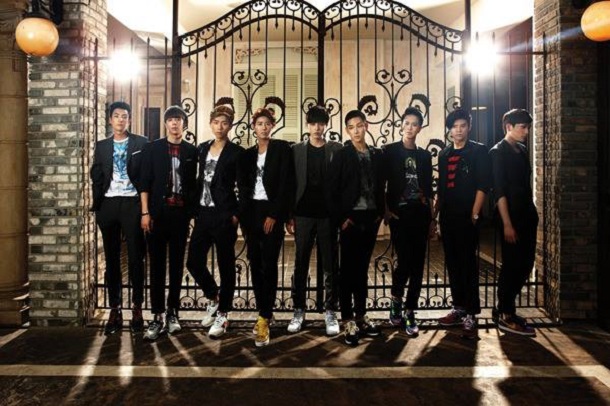 Opening with an industrial beat, rugged synth and squealing guitar, Crazy sets the stage for an incredible album. The energy is at once tense and boisterous, cresting in a funky chorus that borrows from the SHINee school of electro-pop. The second verse is even stronger as the instrumental chugs along with renewed intensity. To borrow an overused cliché, they just don’t make them like this anymore.

Those who have followed the blog for awhile already know this is one of my all-time favorite K-pop songs. There’s not much to say that I haven’t already, but if this is your first time experiencing The Ghost Of Wind I envy your discovery! From stately strings to Gregorian chants to sprightly funk, it’s pretty much everything I love about K-pop bottled into one track.

Though not the title track, Step By Step was promoted with a cheapie video and performances on music shows. It deserves the effort, as this is the kind of breezy headrush K-pop boy groups deliver so well (when they’re allowed to!). It may lack the bite of the opening tracks, but makes up for it with a series of addictive refrains, culminating in a fun one-two punch of rap and chanted hook. How can you not love something this good-natured?

This song’s a little dumb, and I say that as a fan. I mean… it has the word “U’re” in the title. I like the slow jam instrumental, especially that chirpy synth squiggle that pops up. The melody is nice as well. It’s a real wisp of a pop song. But the lyrics? Um… they’re cheesy to the max. I happen to enjoy this kind of unabashed cheese, but I could see how others would totally despise it.

We end on a high as the album swaggers back to up-tempo territory. This time, we’re pulling from the intense rhythms of new jack swing. ZE:A give the genre a scuzzy electro make-over and make sure to anchor the groove with a bright, exciting chorus. This is another SHINee-esque track and the most personality-rich moment on the album. I love all the catchy chants and vocal interplay that surround the chorus. It’s another excellent example of how great boy groups can sound when they’re not simply blustering and posturing. Bonus points for that guitar/rap bridge and the cool synth-line that leads us out of the song.

This album isn’t on Spotify, but here’s a weird, cobbled together version with some of the tracks inaccessible. Woohoo?