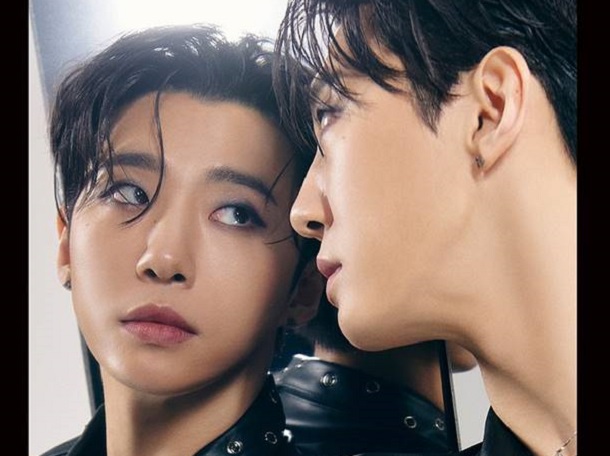 Bang Yongguk released the exciting Race late last year, building upon the rock/rap sound of former group B.A.P. He also composed excellent material within this genre for rookie group Just B. The style is a perfect match for his low-toned voice, adding an interesting facet to more predictable hip-hop production. Because of this, I was excited to see what he would come up with for his new mini album.

Sadly, Up opts for a less dynamic sound than its predecessor. The track hinges on a solid beat, melding deep bass with trap hi-hats and swerving synth. This instrumental offers plenty of opportunity for a dynamic flow and memorable hook. As Bang Yongguk’s voice filters in, it’s clear Up will have a more confessional energy. His performance is engaging as always, but there’s not a lot going on within the song’s brief running time. I like the flow of the verses and the way Yongguk uses his voice to create a sense of dynamics without too many effects laid over the top. But, Up’s chorus is kind of limp.

Not every track needs a huge whopper of a hook, and Up does fine with a more understated centerpiece. However, its repetitive nature feels especially underwhelming. I kept waiting for an additional melody or loop to arrive and offer contrast. Instead, Up fades out just as it faded in, leaving a muted impression in its wake. I have no doubt the song works as connective tissue within the album. As a title track, it’s an odd choice.

One thought on “Song Review: Bang Yongguk – Up”