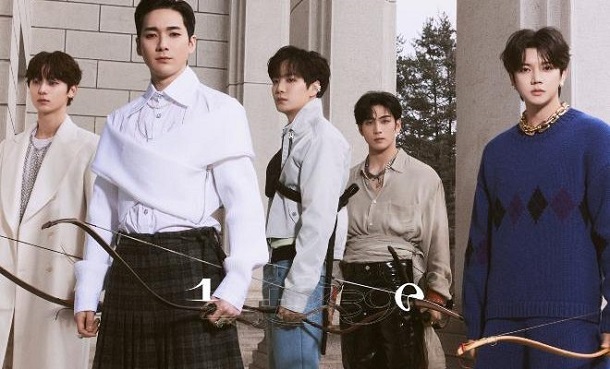 All good things must come to an end, and Nu’est have decided to bow out on their own terms. The release of Again, Spring (다시, 봄) marks their final single before disbandment, couched within a greatest hits album. It’s difficult writing about a song like this because the focus is directed more toward sentiment than songwriting. This is entirely appropriate, but if I’m being honest few of these “farewell” songs are very interesting.

Nu’est have had a turbulent run. Debuting in 2012 with tons of hype, they were held up as competitors with same-year peers EXO and B.A.P. As the years went on, their popularity waned and Pledis Entertainment didn’t know what to do with them. When they made a return in 2016 with a new sound and more creative control, their music seemed destined to become a K-pop footnote. But against all odds, the group leveraged the mighty power of the Produce 101 franchise to reignite their momentum — first as a sub-unit, then as a full group. Post-Produce, Nu’est became more popular than ever and enjoyed an ‘elder statesman’ type respect from the industry. But like I said, all good things must come to an end.

Again, Spring is an absolutely fine farewell. Its surging, emotional sound is exactly what I expected to hear. I would have loved to see the guys go out with a more daring bow, but I certainly can’t blame them for dialing things back. The track melds piano balladry with anthemic touches that add a welcome sense of catharsis. The guys sound incredible, and the song offers ample spotlight for their voices — as predictable as it may be. My ho-hum rating for Again, Spring belies the strength of Nu’est’s career. It’s been a fantastic run and they should be very proud.