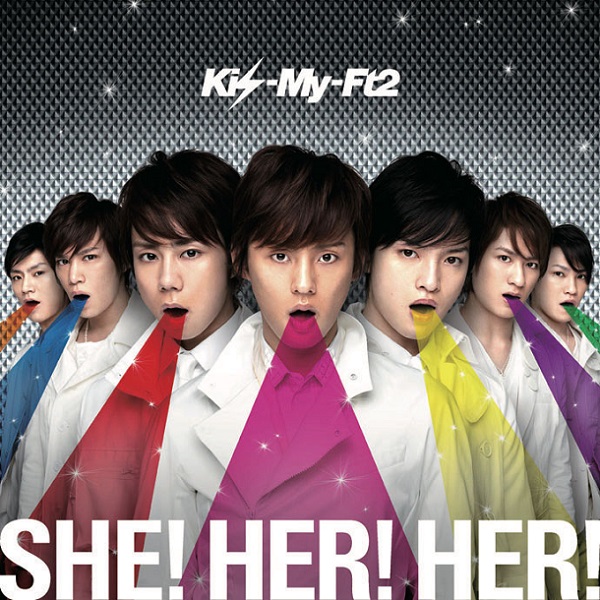 Stripping away some of the rock influences of their first two singles, She! Her! Her! opts for a more electronic sound. It’s one of the group’s more popular, emblematic tracks. It also has a wonderfully weird and silly video.

The song’s “She! Her! Her!” hook has become an iconic piece of Kisumai’s discography. It’s the kind of wonderfully random phrase a native English speaker would never come up with, but its nonsensical nature works so well for pop music. I actually prefer the verses, which weave a great melody that’s surprisingly evocative for such an upbeat track. These early Kisumai tracks are so earnestly goofy, but the melodies are so, so solid.

For those missing guitar, She! Her! Her!’s rap/rock bridge will give you everything you need. Electric guitar shreds as the pace picks up and the track becomes an all-out party. You can’t be overly critical of pop music this bubblegum. You just have to give in and enjoy the ride.

4 thoughts on “Reviewing Every KIS-MY-FT2 Single: She! Her! Her!”