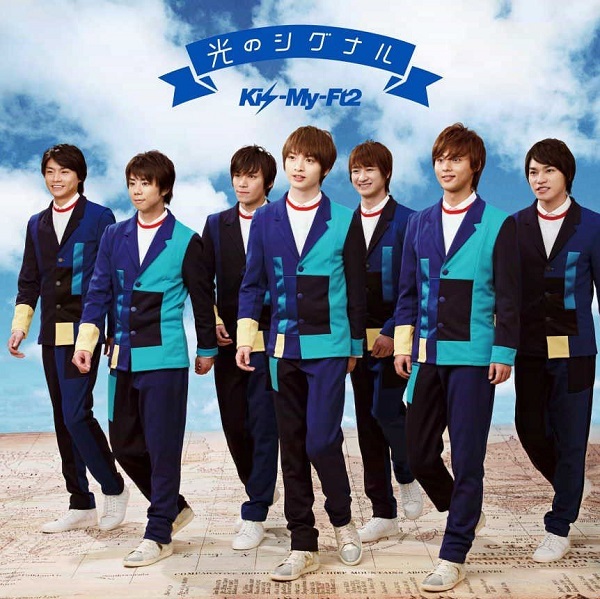 It’s hard to dislike a song with Hikari no Signal’s energy. It’s just so festive and cheerful. With that said, I’ve always felt there were other groups in Johnny’s better-suited to this “festive and cheerful” schtick. (Okay, okay… I’ll eat my words when Yes! I Scream comes around in a few days’ time…)

At any rate, this is a nice midtempo with a satisfying sense of lift. It’s a sound J-pop does so well and most other music markets ignore entirely. The instrumental has great fullness – some brass here, some strings there – that buoys the melodies and urges those celebratory vibes along. This always works well with the unison style of singing Johnny’s tends to prefer. Hikari no Signal’s chorus is particularly nice, and I love the weird, wonky breakdown right before the finale. The single is also home to an incredible b-side in the form of Zutto (You Are My Everything). The guys have recently been performing this hidden gem more often and it works so well in a concert setting.

As for the video… oh dear, those jackets. I actually own an LP-sized version of this single with the fashion in full-blown glory. Do they have some connection with the Doraemon anime Hikari no Signal soundtracks? Whatever the case, the look is not flattering.

7 thoughts on “Reviewing Every KIS-MY-FT2 Single: Hikari no Signal”