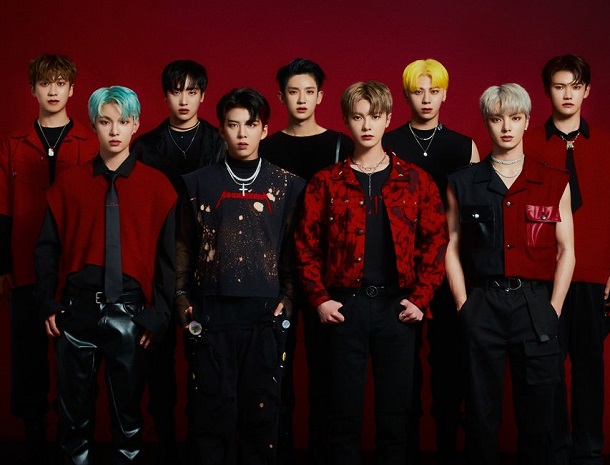 With rookie girl groups ruling the charts this year (seriously, have you seen the MelOn top ten lately??), newer boy groups need to pick up the slack. But with so many of these emerging acts harnessing identical sounds, there seems to be a lack of creativity holding them back. BLANK2Y debuted earlier this year with the forgettable Thumbs Up, and from their sound to their name to their image there isn’t anything significantly different about them.

However, first comebacks can be a chance to course correct. Smaller acts like BLANK2Y have nothing to lose by taking musical risks, so it’s frustrating when they’re saddled with generic boy group slop like Fuego (Burn It Up). For the song’s first minute, I had some hope this could turn into a BTS “Fire” style hype track. That wouldn’t have been new or exciting, but at least it’s a proven formula. Instead, Fuego collapses into K-pop chorus hell.

I don’t think I can articulate just how tired I am of these beat drop/chanted hooks in boy group songs. As expected, Fuego’s central loop is loud and obnoxious. It lacks nuance, depth or any sense of innovation. And without a melodic hook over the top, it blusters by without leaving any mark. It’s a disgruntled passerby – not intimidating or colorful enough to grab attention. It just… exists. This is particularly disappointing because BLANK2Y clearly have talent. They deliver Fuego as well as anyone could and bring plenty of eager energy. But, the song unravels as it goes on, ending as a cacophony of poorly-designed noise.