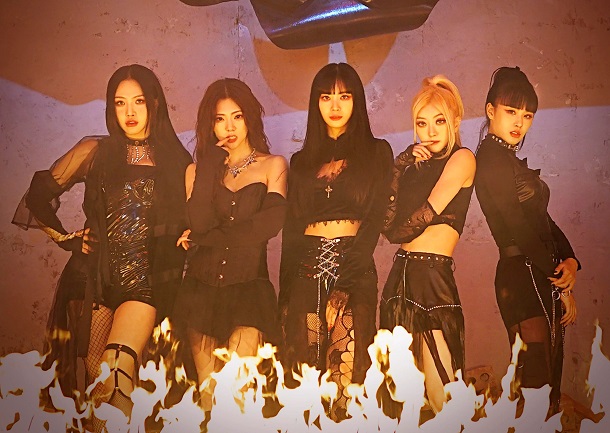 CRAXY released music video after music video in September, most of which I didn’t cover in detail. I’m not sure where their agency is getting the funding for all this promotion, but I wish they’d pool the money together and give us another song as fun as 2020’s Aria. Instead, they’ve churned out Poison Rose, which trades in horror-show musical tropes that have become more and more common among K-pop idol groups.

Originally scheduled for release on Halloween, Poison Rose makes more sense as a soundtrack to that holiday. It has the lurching, vaguely spooky energy many listeners crave in October. Unfortunately, this type of song doesn’t enjoy much longevity unless its musical bones are sturdy and memorable. Poison Rose has style to spare, but lacks substance. It feels like a performance piece – something producers would cobble together quickly for the concept round of a competition series.

Look, if you write about K-pop songs every day you’re bound to notice more similarities than a casual listener might. A track like Poison Rose is difficult to expound upon because it’s essentially a copy of so many other songs. We’ve got sing-songy, haunted house melodies, creepy piano, trap beats and vocal fry. None of these elements are all that fun or compelling, giving Poison Rose a dirge-like quality – especially during that awful second verse. And although the girls sing quite often throughout the track, the melodies are surprisingly… unmelodic. I’m not even sure how to explain it. There’s just nothing to grab hold of. Nothing catches the ear.