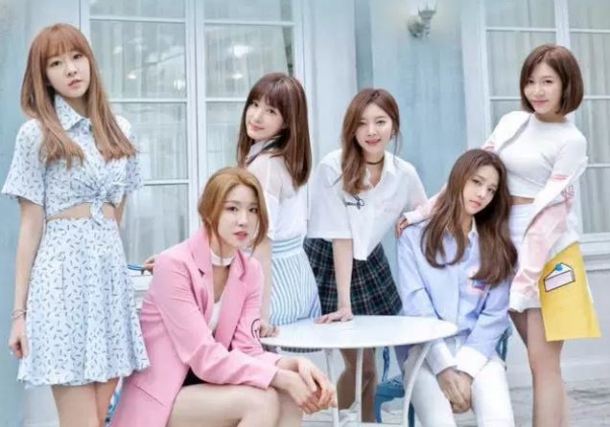 I’ve been following Laboum since their debut, and recently named them one of the most underrated rookies in kpop. With December’s spectacularly fun Aalow Aalow, they finally found the hit that should have catapulted them into stardom. Coming off that momentum, my expectations were high for their follow-up.

For me, Imagine More is a bit of a mixed bag. It firmly adheres to a trendy template, but doesn’t quite pull it off as strongly as other groups have managed. For example, the song shares more than a passing resemblance to Lovelyz’s outstanding For You. It actually sounds as if the composer took what worked in that track, but made the odd decision to pull back during every moment where For You soared. This is most apparent on Imagine More’s bridge, which feels like it’s building to something that never quite materializes. A resounding high note or vocal climax would have worked well to punctuate otherwise forgettable verses. The production is similarly wishy washy, lacking the intense drive of Gfriend or the polish of Apink.

On the plus side, the cotton candy chorus is a winner, sticking instantly in a saccharine sort of way. It feels more lightweight than Aalow Aalow’s indelible 80’s hooks, but that breezy charm works. Like it or not, the speak/sing refrain is immediately catchy and infinitely hummable, supplying enough bounce to keep the entire song buoyant. The airy, layered vocals recall early Girls Generation, supported by fizzy synths and a crisp, sprightly beat. There’s no doubt that it’s enjoyable within the context of this sub genre, but I wish Imagine More would have taken a cue from its title and pushed a bit further to differentiate the girls from similar groups.