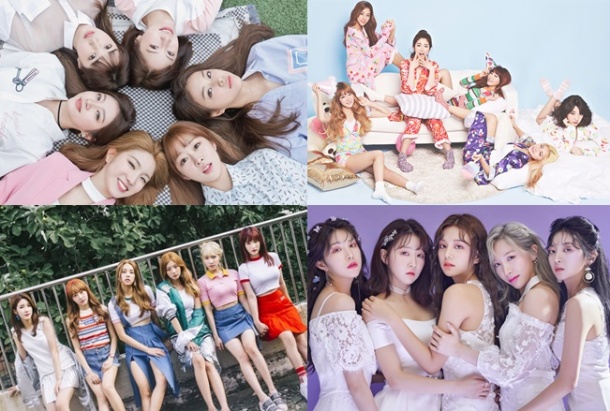 Debuting in 2014, Laboum have slowly gained prominence through a series of stylistic shifts. Though they’ve yet to break into K-pop’s upper echelons, they’ve given us ten super-solid pop singles. Here they are, ranked up to the very best!

A bubbly debut, Pit-A-Pat surges forward with percussive production and a huge chorus that pairs the girls’ harmonies with bursts of bright synth.

A left turn for Laboum, Sugar Sugar takes a retro approach by melding its bright pop melody with a modernized take on 1950’s doo wop. It’s a little saccharine on first listen, but quickly works its way into your brain.

A special seasonal release to cap off what many would consider Laboum’s breakout year, Winter Story’s symphonic flourishes give its delicate melody added heft. (full review)

Tackling a sultry, mid-tempo pop single for the first time, Between Us pulses with a newfound subtlety that plays to the group’s vocal strengths. Its shimmering 80’s instrumental is deceivingly catchy. (full review)

Taking on a more experimental sound, Shooting Love’s brash, ever-changing construction is alternatively irritating and revelatory, but its more abrasive elements are held in check by its wonderfully punchy hook. (full review)

Following up a sugary debut with a more restrained pop song was a smart move, as What About You’s breezy dance beat is among the group’s strongest, anchored by an incredibly addictive chorus.

Enlisting veteran producers Duble Sidekick to craft a classic K-pop summer song, Only U leapfrogs over its derivative nature with a sunny blast of harmonies and kisses of beach-ready brass. (full review)

As a wave of cheerful girl group songs began to get traction in the K-pop industry, Laboum offered the synth-sparkled Journey To Atlantis as their answer to the trend. What it lacks in originality, it more than makes up for with its effortlessly wispy pop swell. (full review)

Bursting with 80’s synths and retro rhythms, Aalow Aalow instantly became a highwater mark for Laboum’s music when it was released in late 2015. Its chirpy chorus is pop fluff at its finest, making resistance completely futile.

From its whistled hook to its bombastic pop beat, Hwi Hwi is Laboum’s biggest, most assured single yet. Its chorus soars with anthemic hooks, underlined by programmed drums and megawatt splashes of synth. One of the strongest girl group singles of 2017, it’s hard to imagine a more potent encapsulation of Laboum’s sound. (full review)

5 thoughts on “The Top Ten Best Songs by LABOUM”