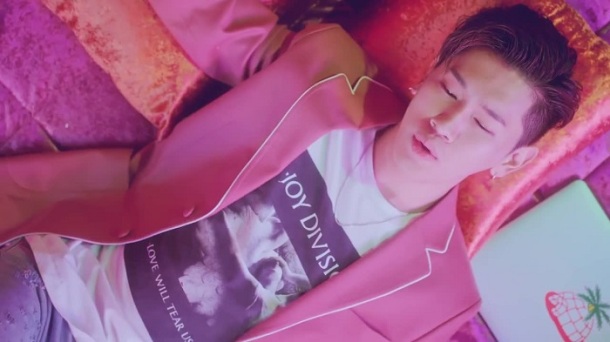 Crush is one of those artists that I desperately want to adore. He seems like such a pleasant person, and even though it’s not my preferred genre, I can appreciate the vibey, slow-jam r&b he produces. But with almost every song he’s released, I end up having the same response, which basically amounts to: “that was kind of cool, but it never really went anywhere.”

Because of this, I’ve come to the conclusion that Crush’s music is more about creating a specific atmosphere than taking us on a full musical journey. This is totally fine. In fact, I’d argue that it’s a hallmark of the r&b genre as a whole, and a very different approach to songwriting than most commercial kpop. Woo ah is yet another step in this direction. The song feels like a hot, hazy afternoon, unconcerned with moving too much in any direction when it can recline and simply bathe in its own, impossibly cool aura.

It’s a more psychadelic sound than Crush has tackled in the past, laying his vocals over a bed of experimental synths and a simple shuffle of a beat. There are portions where the melody gives way to something closer to hip hop, but in general, the vocals sound very laidback and conversational. The hook is little more than a repetition of the titular ad-lib, which initially feels underwhelming but works with the song’s sensual, drowsy vibe. While I’d love to see Crush tackle something more uptempo again, like the underrated Hey Baby from his debut album, it’s hard not to at least appreciate woo ah for what it is, even if it’s not a song that’s directly in my wheelhouse.