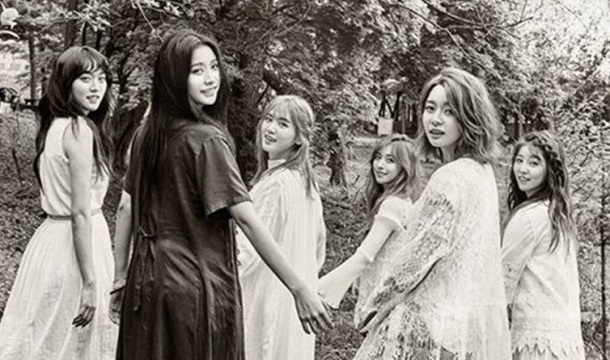 Hello Venus are one of those girl groups that seem to exist in the ether — established and successful enough to be known by many, but never to the point where they remotely threaten the big leagues. Frustratingly, they’ve often worked with mega producer Brave Brothers, but rarely reaped the same rewards his magic touch has offered groups like AOA and Sistar.

It’s little surprise, then, that the girls pivot to a completely different sound with the downtempo r&b of Glow. On the surface, the track subscribes to many of the production elements I like least (basically a simple, unchanging beat with muted instrumental touches), but I think it’s pretty clear that this song is positioned as a vocal showcase more than anything else. It’s also worth noting that this is a digital single released “for the fans.” It’s not positioned to be promoted on music shows or radio. Given this, it follows much of the musical tropes set by anniversary/commemorative/etc releases. At least the chorus has some build to it, even if it ultimately doesn’t amount to much beyond a few nice vocal runs towards the song’s conclusion.

That chorus, and the song’s surprising emphasis on bass, help to distinguish Glow from similar midtempo fillers that tend to clog up more than a few kpop albums. As a late album track (which I suspect it’ll eventually become), I can see how it would add a welcome dose of texture. As a standalone, I’m not sure that it’s memorable enough to maintain its appeal after a few listens.