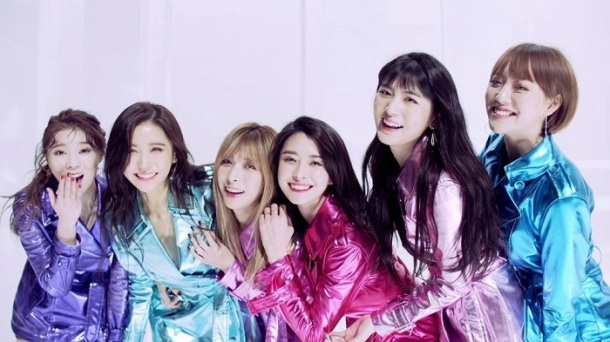 I’ve been pretty lukewarm toward Hello Venus’ latest singles, but their sporadic 2016 material seemed like more of a teaser for something bigger than actual comebacks. They’re a group I really want to like more than I do. Unfortunately, their sound has shifted so many times since their 2012 debut that it’s been hard to get behind them on a consistent basis.

New single Mysterious is another swing in a different direction, mixing an almost cabaret sensibility with modern dance production. The track kicks off with a whistled hook, quickly giving way to a mix of percussive piano and touches of synth. The verses do a nice job setting a theatrical mood, but their melody doesn’t amount to much. In contrast, the central hook is designed for maximum earworm effect. Mysterious isn’t subtle when it comes to its chorus, repeating its title over and over until it’s lodged in listener’s brains. In general, I prefer pop songs that take a more expansive approach, though there are definitely exceptions to the rule. Sadly, Mysterious‘ refrain is just too monotonous is structure to have lasting effect.

That said, the production gives this simple hook some real life. Though the song has novelty written all over it, it does feel like a big production number in some imaginary k-pop musical. The instrumental surges when it needs to, and swings with a brassy, percussive bounce when it matters most. With a more inventive melody, this could have really been something special. As it stands, it’s a solid pop track with some short-term appeal that doesn’t come close to matching the group’s best work.