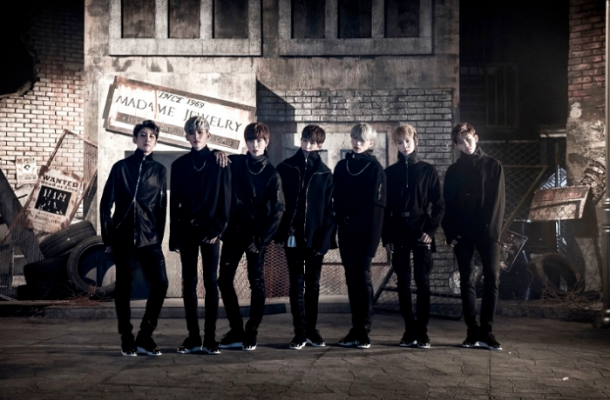 Who really needs a chorus, anyway? This seems to be the prevailing theory around much of this year’s pop music, and it’s almost always a failing proposition. It’s also evidenced by 24K’s latest offering, which despite flashes of quality, falls victim to an overall sense of jumbled hooks that never fully connect.

Throughout the years (and member changes), 24K has veered toward a harder-edged sound. That continues with Still 24K, and more than any other track in their arsenal, it really feels like they poured everything they could think of into this one. We’re dealing with multiple tempo shifts, and structural elements that recall many of their peers — most notably VIXX. Taken apart from the gratuitously violent video (with all its fits and starts), the song makes more sense, but it still feels frustratingly piecemeal.

Then there’s the lack of chorus. I’m thankful that this isn’t some terrible, spare trap breakdown we’re dealing with. The synth-heavy club beat we get instead is much more preferable. However, any of the production’s high points are nullified by the fact that the central hook is essentially the guys speaking the song’s title while background vocals swirl around to make things sound fuller. The production is begging for a melody that ties everything together, but it’s as if the songwriters just ran out of time before getting to the chorus. I’m sure this isn’t actually the case, but it’s a huge buzzkill either way. I get that they’re going for a darker, more aggressive image, and it might seem cool to offer a shrug when a full on embrace would work better. Still, a group of 24K’s status need a hit that people can grab onto. This isn’t it.