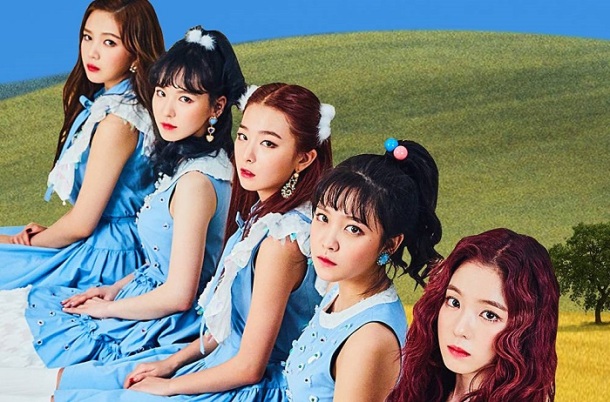 Ever since their debut, SM’s Red Velvet has existed in a somewhat awkward place between mainstream and experimental. Their music has borrowed elements from both extremes of their agency’s girl group output, but every time they score a song that feels like the perfect blend, they seem to take a step or two back with the follow-up.

The first time through, I pegged Rookie as their biggest step back yet — an obnoxious, overly cutesy piece of fluff without enough weight behind it to provide any lasting appeal. But as so often happens, subsequent plays began to draw out some of the song’s charms. Now make no mistake… this is no Dumb Dumb or Russian Roulette. Ultimately, there’s just not enough lying beneath Rookie‘s frenetic surface to deem it a classic. However, the track skirts by on sheer energy, elevating its more uninspired moments with an endless drive of stomping percussion and brass.

Rookie‘s verses feel almost stream-of-consciousness, delivered in a sing-songy hip-hop style that misses the mark just as often as it hits. These segments are at their best when fused with hints of melody, though even then they feel overlong and a little too jokey. Luckily, the bright, bouncy instrumental provides strong support with its blend of 60’s-sounding guitar and pop beat. I can’t say I’m a fan of the brief spoken intro, which feels more like a tacky advertisement for the producers when the focus really should be on the group themselves. But more than any other aspect, Rookie‘s repetitive chorus is most likely to divide opinion. This sort of repetition worked for a song like Dumb Dumb, but in that case it was more complex and played off neighboring hooks to galvanizing effect. With Rookie, all we’ve really got is one key word repeated ad nauseam. The chorus could have done with an extra refrain tacked onto the end — something more melodic to offset the constant barrage of repetition that really frames the entire track. It’s not a total misstep, but feels undeniably slight when compared to Red Velvet’s better work.