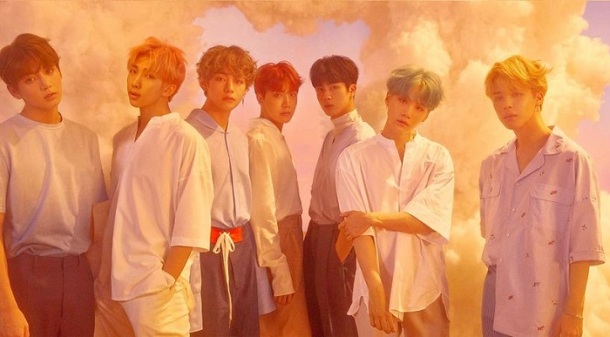 With each new comeback, the hype behind BTS only grows stronger. I still envision them as the ragtag bunch of hip-hop rookies they were back in 2013, but their music has now reached a point that has transcended the label of “k-pop,” placing BTS among the ranks of globally popular artists. As such, they’re in a unique position to become ambassadors for what makes Korean music so wonderfully special. Not too much pressure, right? DNA may not be their most brilliantly conceived title track, but I appreciate that its style takes cues from classic k-pop rather than rest entirely on western influences.

Taking a page from the EDM craze, DNA represents a sonic shift in the group’s music. The hip-hop elements are still front-and-center — especially during the verses — but the instrumental possesses an electronic sheen that feels more processed than their emotional work with the Most Beautiful Moment In Life trilogy and Wings. This isn’t necessarily a bad thing, but does threaten to remove the hallmarks that have made BTS such a unique group. Thankfully, the instrumental incorporates enough quirks to keep DNA from sounding completely generic. The whistling refrain that opens the track has the potential to act as the backbone of an addictive hook, but that would have quickly become repetitive. Instead, it’s framed by a rhythmic guitar riff and persistent kick to create a sense of propulsion that recalls Wanna One’s excellent Energetic earlier this year.

DNA‘s verses are largely forgettable, but the song begins to take flight with its dramatic pre-chorus. Shining full focus on vocalists Jungkook and Jin, this soaring piece of melody becomes the closest thing we get to a chorus. The song’s actual centerpiece is more of an instrumental breakdown, melding lurching electronics with an autotuned refrain that feels as if it desperately wants to burst into something spectacular. While effective enough, I can’t help but wonder how immense DNA could have sounded with an actual chorus. This inverted structure has been a problem with quite a bit of EDM-influenced k-pop lately, and is probably the trendiest thing about DNA. In the end, BTS is talented and smart enough to pull it off, but the song’s best moments are always tempered by a sense of missed potential. I’d love to hear the group expand on this new sound, adding a more bombastic, emotionally satisfying centerpiece next time around.