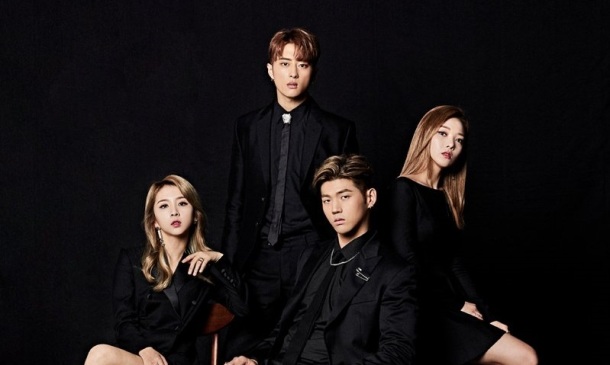 KARD have received a fair amount of criticism (including some from this very site) for essentially replicating the same sound each time they release a new single. There’s something to be said about artists spinning their wheels, but I also believe that the best idol groups are those who develop a trademark style and gradually tease at its edges to deepen their discography. Only time will tell if KARD will achieve this tricky balance, but new single You In Me is a step in the right direction.

The song maintains the group’s tropical hip-hop sound, but drapes it in a darker undertone fitting for the winter months. “Dark” may not be an expected descriptor for a group like KARD, but it turns out to provide a solid spotlight for each member’s strong points. You In Me shifts back and forth between heavy hip-hop verses and a big, melancholic pop chorus. Taken individually, I’m not sure either of these pieces would have worked, but the contrast provides a palpable sense of pathos that lets the quartet inject a heavy dose of emotion into the track.

You In Me‘s strongest element is its chorus, which is incredibly fleshed out by KARD standards. Up to this point, the group’s choruses have mainly relied on catchy instrumental hooks, but here we’re treated to a full-throated, belt-it-out refrain. It’s not the most addictive melody in the world, but I appreciate its ability to stretch what we would consider to be the “KARD sound.” A touch of additional percussion during the second pre-chorus is particularly intriguing, and hints at a more daring sonic landscape to be further explored in future releases. In fact, the use of drums throughout is one of the song’s strongest assets, supplying a dramatic stomp that gives the instrumental a heavy, resounding atmosphere in keeping with its bombastic tone.