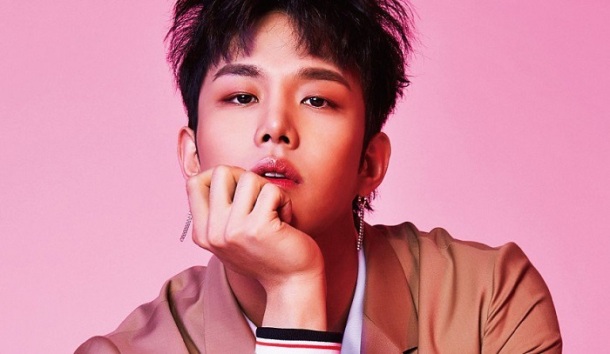 Despite not being your typical idol, rapper Kanto was one of the many acts to compete in KBS’s The Unit rebooting series. Though he failed to make the show’s debuting group, he quickly became a standout character. With his gruff voice and commanding stage presence, his performances felt refreshingly edgy. In this way, Salty (시큰둥) bucks expectations. Rather than opt for something hard-hitting, the song provides a retro blast of brassy, Seventeen-esque funk.

As we enter the summer months, this is a sound I hope to hear much more of. Right from the start, Salty amuses with its loose, bass-driven beat and playful musicality. As tropical house’s infuriating synth squiggles continue to linger around the k-pop landscape, I can’t express strongly enough how refreshing live instrumentation is. I’m sure much of Salty’s production is mined from computer programs, but it never feels restrained by structure. You get the sense that the instrumental could go anywhere, adding an effective spontaneity to the track.

On first listen, I wasn’t sure how I felt about Kanto’s vocals. As mentioned before, I’ve always felt that his tone fits darker, more emotional material. But while his voice seemed at odds with the playful instrumental at first, I’ve quickly come around to the grit with which he imbues the track. He’s wonderfully expressive throughout, confidently driving Salty without the need of a guest vocalist. And while the song doesn’t provide much melody, its freewheeling hook becomes more addictive the longer you hear it. Those layered background vocals and brassy riffs certainly help.