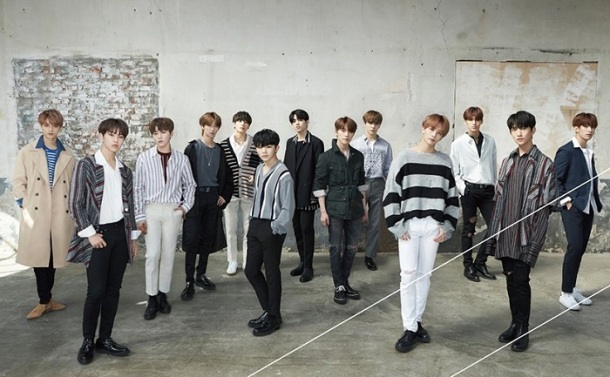 I don’t know what it is about this year, but so far most of my highest rated songs have been Japanese releases by Korean acts. The Hallyu Wave in Japan has well and truly reignited, and the prospect of so many original songs coming down the line is very exciting. With the rock-influenced Call Call Call, Seventeen is the latest act to make their Japanese debut. And thankfully, the guys have retained their funky, high-octane sound for this new market.

In many ways, Call feels like a natural successor to last November’s Clap, taking that same robust rock guitar backdrop and blowing it wide open. After the thrill of its opening guitar riff, the staccato, repetitive hip-hop couplet that follows had me worried. But once the vocals come in, Call propels onward without looking back. It’s exhilarating to hear a modern pop track with this level of unflagging energy. The instrumental feels immense without being overstuffed or gimmicky. Instead, it drives the track with precision, especially effective as it guides the vocal line of the escalating pre-chorus.

Call’s actual chorus is likely to improve with further listens, but it’s missing some of the tightness of Seventeen’s best work. The bombastic instrumental more than compensates, even if I’m longing for one knockout hook rather than the series of less-potent refrains we get. Still, this performance-driven energy is much preferred over another tired EDM drop, and Seventeen are the perfect group to pull it off. This is the exact style I hope they embrace for their next Korean comeback, and a thrilling introduction for the Japanese market.