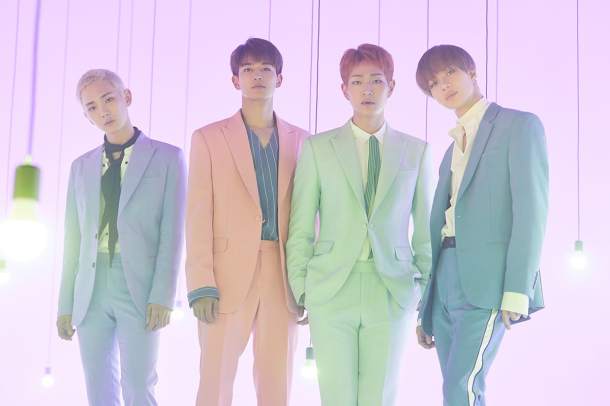 Ever since the announcement of SHINee’s sixth album promotions, many were wondering how the group would address the unavoidable — the tragic passing of founding member Jonghyun late last year. It was there in the melancholic edges of Good Evening, and even in I Want You’s wistful lyrics, but it’s woven into every fiber of Our Page’s stark musical tapestry.

With lyrics penned by the group themselves, there’s no doubt that Our Page (네가 남겨둔 말) is one of SHINee’s most personal songs. Anyone who’s followed the group for some time will struggle to hold back tears as the music video draws to its symbolic close, but this sense of overwhelming sorrow is countered by an anthemic arrangement that strikes a hopeful note.

Our Page’s verses unfold over minimalist instrumentation, shining full focus on the guys’ powerful, emotive vocals. Its chorus takes a more bombastic route, layering all four voices together to create a striking collage of tones. This production technique has been The Story Of Light’s secret weapon across all three of its EPs, giving the group an immense sound that elevates every genre they’ve touched on. Our Page capitalizes on the contrast between this approach and the more muted instrumental supporting it. The song’s heartbeat is a haunting electronic piano loop, which reverberates through nearly the entire running time. This is built upon with some perfectly placed percussion that gives the chorus added heft. Our Page’s harrowing back story may limit its replayability when compared to tracks like Good Evening and I Want You, but it’s the perfect song to conclude The Story Of Light’s promotions.