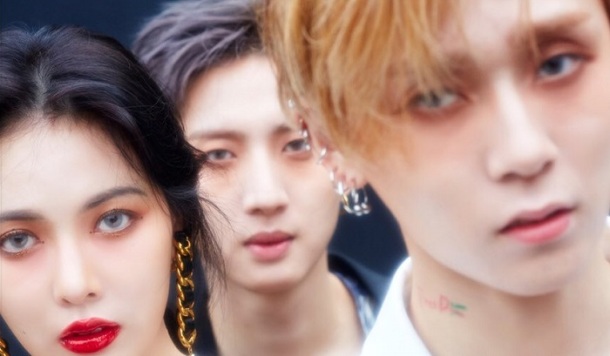 Triple H made their unit debut in May of 2017, bringing together soloist HyunA and Pentagon members Hui and E’Dawn to form a trouble-making trio. 365 Fresh was a wonderfully retro funk track that got a bit overshadowed by its controversial music video. One might think that this muted commercial response would cause Triple H to pursue a different style for their follow-up, but new single Retro Future leans even further into nostalgia.

This classic touch is evident right away, as Future’s instrumental is heavily indebted to an iconic sample from Grandmaster Flash and the Furious Five’s seminal 1982 hit The Message. It’s refreshing to hear K-pop draw from such formative influences, and Future’s production is by far its strongest asset. The beat slaps with a percussive force, complimented by addictive bass and flourishes of funk guitar. The instrumental flows with an engaging spontaneity, as additional elements enter the fray to create a jam session appeal that contrasts with the carefully choreographed structures we’re used to hearing from idol groups.

Of course, this free-form approach cuts both ways. Melodically, Retro Future isn’t as impressive as its predecessor. Its titular chant of a chorus feels underrealized and overly repetitive. The personality-driven verses are better, but don’t carry enough of a through-line to amount to much. By the time the track begins to truly lift off, its almost over. In this way, Future feels more like a vibe than a proper song. Luckily, Triple H’s unending stream of charisma provides enough force to keep the party alive at all moments.