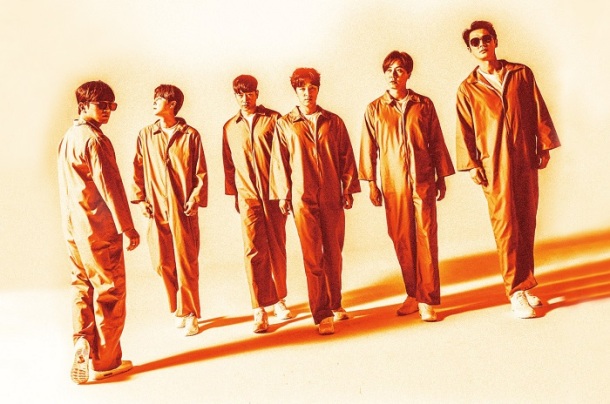 There really isn’t a precedent for the kind of music an act like Shinhwa should be releasing. It’s been an astonishing twenty years since their debut, making them K-pop’s longest-running idol group. At this point, their sound could go in any number of directions. I would have expected new single Kiss Me Like That to either draw on the late 90’s influences of their debut year or lean heavily on current trends. But the song doesn’t really do either. Instead, the guys deliver an understated sense of chill sensuality.

Kiss Me Like That is a real tease of a comeback. From its opening acoustic guitar strum to its final moments of muted brass, I constantly expected the track to morph into something more uptempo. But other than a mid-song injection of percussion, the energy stays firmly at one level. In this way, Kiss Me is heavily reminiscent of TVXQ’s Love Line from earlier this year. Both songs cast their accomplished artists in a carefree, wistful light. In TVXQ’s case, this vibe was a welcome counterpoint to their more dance-focused title track. But as the sole promotional offering from Shinhwa’s twentieth anniversary album, Kiss Me falls a little flat.

This isn’t to say that the song lacks appeal. It’s an incredibly pleasant little trifle, wafting on a catchy hook and highly repetitive instrumental loop. I love how additional elements are brought in as the track unfolds, culminating in a wonderful interplay of guitar and brass. This snowball effect prevents the song from sounding too one-note, though the constant presence of its central guitar loop does grow a little tiresome. Shinhwa tie it all together with a reliably assured performance. I’m just surprised that they opted for something so subdued when it comes to their hard-earned twentieth anniversary.

4 thoughts on “Song Review: Shinhwa – Kiss Me Like That”