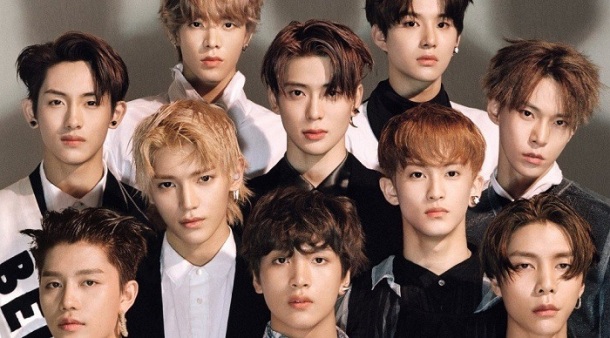 When it comes to NCT 127 title tracks, I’ve learned never to let my first impression color my final thoughts. I’m almost always underwhelmed the first time through, and that’s probably because I’m not a huge fan of the modern, minimalist hip-hop that has become the group’s focus. Most of their title tracks have taken multiple listens to really click with me. Simon Says only took two. Yes, I was rolling my eyes and sighing the first time I heard it, but the song’s experimental nature quickly won me over.

As with many of the group’s promoted tracks, Simon Says is sparse on melody. It relies on the kind of catchphrase hooks that feel better suited to memes that pop songs, but it’s anchored by one addictive refrain. That’s critical. Every time Simon Says loops back to the slurred harmonics of its chorus, the song gains renewed focus and energy. It’s a sly little hook — almost more of a taunt than a fully fleshed out melody. In fact, Simon is at its best any time the vocalists take the lead. The symphonic bridge’s dramatic arrangement calls back to an SM style of years past, while parts of the verses echo the icy, militant pop of songs like EXO’s Monster.

I’m not quite as sold on the rap. As dynamic and integral as Taeyong’s performance is, I’m beginning to tire of his puffed up, affected rap style. It often comes off as humorless and one-note, when a song like this could really benefit from something more idiosyncratic. That’s more of a personal gripe than an objective critique, but I can’t help but wonder how Simon Says would sound if someone like G-Dragon had injected a more colorful energy.

Fortunately, Simon’s beguiling instrumental compensates with its own oddball charm. After an aggressive introduction that samples New Zealand’s ceremonial haka war cry, the track launches into its off-kilter, bass-heavy beat. But I’m more interested in the ornamentation that the producers hang over the top — distorted klaxons, horror show synths, helicopter-like wubs of electronic madness. It’s touches like these that elevate NCT’s sound and earn them the title of “experimental.” Simon Says isn’t perfect, but it’ll definitely turn heads.