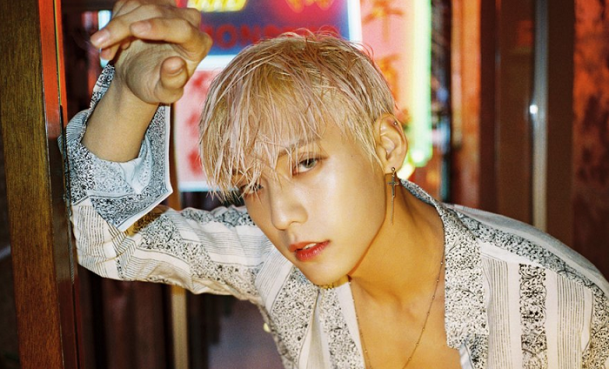 In a preview of what will soon be facing all second generation boy groups, BTOB is rapidly decreasing in number as their members begin their mandatory military enlistment. It’s become common for artists to release a song or album prior to enlisting, and serves as a nice gesture towards their fans. It’s hard to fault what’s essentially a farewell, victory lap type of celebratory song, but I just can’t get behind Lee Minhyuk’s Ya.

I apologize in advance, fans. I’ve got nothing against Minhyuk himself. In fact, in many ways he’s the perfect kind of artist to release solo material. He’s adept at both singing and rapping, and co-composed the entirety of his first full album. But unfortunately, Ya builds itself on almost every modern musical trope I dislike. To say it’s not for me would be an understatement.

Ya alternates between moody, tone-setting segments that trade dynamic melody for sing-talk style delivery, and intense bursts of hip-hop that will likely elicit reactions ranging from “it’s lit!” and “fire!”. What’s missing, then, is a memorable through line. The lumbering chorus doesn’t count, as it brings little interest to the entire piece and doesn’t offer needed melodic respite from all of the blustering around it. Ya may be a good showcase for Minhyuk’s jack-of-all-trades talent, but as a song it’s the perfect encapsulation of my most fervent K-pop boy group criticisms over the past two years. In that sense, I can almost admire it in a twisted way. But, I’ll be admiring from a (disinterested) distance.