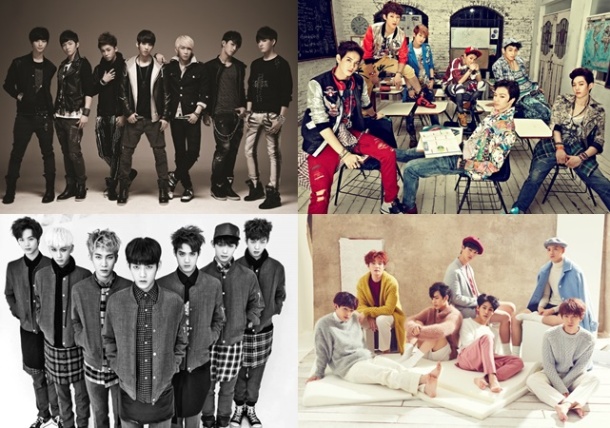 As Cube Entertainment’s second boy group after Beast, BTOB had a lot to live up to. They debuted strongly in 2012, but began to see a lull in the years that followed. Then, in 2015 they enjoyed a resurgence as a pop ballad group. So, which side is their best side? Read on to find out!

Thriller (2013) – Notable more for its dark sound and concept than its actual song, Thriller was an interesting side step for the group, if ultimately underwhelming when compared to their better work.

The third in their 2015-2016 ballad trilogy, this ups the tempo just a bit for a wisp of gentle, springlike pop. Not their most memorable single, but it sure goes down easy. (Full review here)

A funky, midtempo track that shows off the group’s more lighthearted side. It’s deceptively simple, but that hook sticks for days.

Building on their newfound success as a ballad group, Way Back Home‘s lush harmonies and strong vocal display kept their momentum going.

A dramatic build ushers in one of BTOB’s most propulsive tracks. The chorus doesn’t hit quite hard enough to bring it all the way to the top, but that beat more than compensates.

The group enlisted producer Brave Brothers to update their sound with a funky, bass driven beat and restrained hip-hop melody. It’s a bit of a red herring in their discography, but a brilliant one.

The group’s debut, and still one of their best tracks. Insane‘s orchestral flourishes and relentless beat build to a swelling, melodic chorus highlighted by the group’s emotive vocals.

Still their best uptempo single. Wow brings a heavy dose of funk and sharply updates the new jack swing genre with stabs of guitar and a dynamic, loose drum beat. They’ve rarely sounded like they were having as much fun as they are here.

I’m not a ballad person, but this is a perfect example of what a Korean pop ballad can be. The group’s impressive vocals are on display more than ever, with a melody that gives them ample space to show off. The track’s second half is a blistering example of momentum building and raw, vocal-driven energy, culminating in some of the most goosebump-inducing notes in all of kpop. Ballad or not, there is no better BTOB song.

18 thoughts on “The Top Ten Best Songs by BTOB”