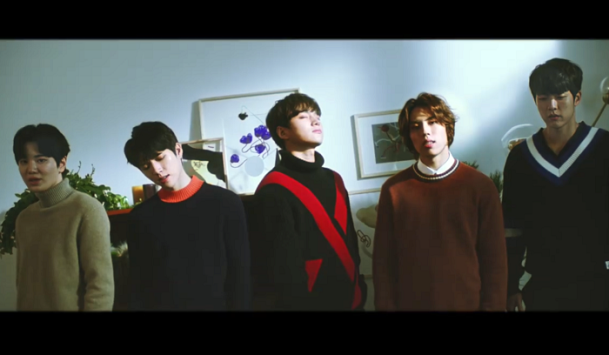 It feels like an Infinite comeback has been imminent for months now, especially when the group first performed Clock on the new year. Fans like me were hoping for an album of some sort, but that’s still only a prospect for later in 2019. Instead, we get what essentially amounts to a fan song, given a digital release without promotions. At this point in the group’s career, I’ll take what I can get — especially as members start to enlist.

Speaking of enlistment, Clock is Infinite’s first song without leader Sungkyu. Going without one half of their main-vocal duo is a daunting challenge, made even more so by Sungkyu’s distinct tone. Clock was bound to sound different, but the remaining members cover his absence nicely. As expected, Woohyun takes the lead for the soaring chorus, lending the track the kind of vocal gravitas that has always been a hallmark of Infinite’s music. But the rest of the group offer a varied performance as well, with Sungyeol and Sungjong taking on some subdued rap verses and L and Dongwoo continuing to be their charismatic selves.

The song itself avoids saccharine balladry with an emphasis on resounding percussion and smartly used guitar. It’s definitely not the kind of high-octane dance pop that Infinite usually promotes, but it never feels downbeat or plodding either. There’s a hopeful atmosphere, built upon by the anthemic production and warm vocal performance. Hopefully we’ll get an actual title track before the rest of the group has to enlist. But as holdovers go, Clock is a comforting addition to Infinite’s already unbeatable discography.