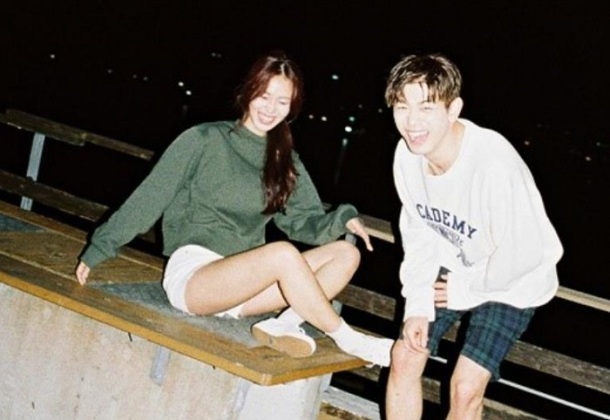 Each time I write about an Eric Nam track, the first word that comes to my mind is “amiable.” It’s the perfect descriptor for his crisp pop sound. His music is inherently enjoyable — sometimes smooth, sometimes jubilant, but never demanding. It’s the K-pop equivalent of easy listening, and that doesn’t have to be a bad thing. Though few of his songs have felt like enduring classics, they do offer a sense of comfort amidst the more daring material released by many of his peers.

Of course, this straight edge approach makes it hard to stand out within a crowd, and new single Runaway echoes many of the same issues that have plagued Nam’s past work. It’s an enjoyable slice of acoustic-tropical dance pop, but brings nothing new to the industry. We’ve heard this kind of song time and time again, often wrapped in a more exciting package. Runaway’s head-nodding melody is light on its feet and exuberant, and makes a fine match for Nam’s airy vocals. However, its sunshine-in-a-bottle effect fizzles immediately once the track has finished. I can’t imagine feeling compelled to give this multiple plays when there are so many more interesting songs available.

This has been my central issue with most of Eric Nam’s discography over the years. The polished (but workmanlike) approach of his music doesn’t spark a whole lot of imagination or inspiration. I certainly prefer it to the brooding, downbeat r&b that seems to be popular with American solo performers, but songs like Runaway feel too throwaway for their own good.