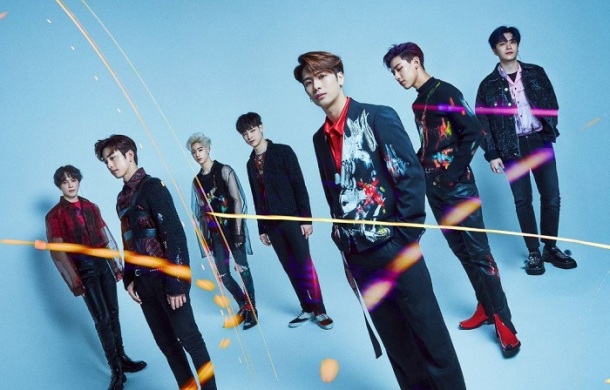 JYP Entertainment has been on such a roll lately. Their all-killer, no-filler 2019 singles run has been strong enough that they even had me excited for new GOT7 music. If you’ve been reading The Bias List long enough, you’ll know that GOT7 have often become the punching bags for my trend-related complaints over the past few years. I swear, I don’t hate the guys! I’ve just found their music increasingly self-serious and needlessly moody, and long for the return of insta-classics like A, Just Right and If You Do.

With that said, even though Eclipse‘s previews led me to believe I’d hate the song, that didn’t end up being the case. I have an aversion to future bass, even more so than its irritating co-conspirators trap and tropical house. But, the future bass moments in Eclipse’s chorus feel more like rock guitar, and they don’t totally kill the track’s momentum. Once again, the song was co-composed by the group’s leader, JB. It seems that he and I have vastly different preferences when it comes to music, but unlike the fragmented Look, his songwriting feels more focused here.

Eclipse’s verses employ the kind of meandering melody that plagues too many current pop songs — spinning their wheels but amounting to very little in the way of memorable hooks. The pre-chorus is stronger, offering an extended build that segues well into the chorus. Eclipse’s central refrain takes a few listens to get under your skin, but it has a welcome surge that compliments the groups’ vocal tones. In some ways, this feels like it could have been a JJ Project single (or the mopey cousin to ONF’s We Must Love). Beyond the trendy instrumentation, the song doesn’t throw too many bells and whistles at listeners. It has an understated, emotionally driven vibe that should play well in the long run.