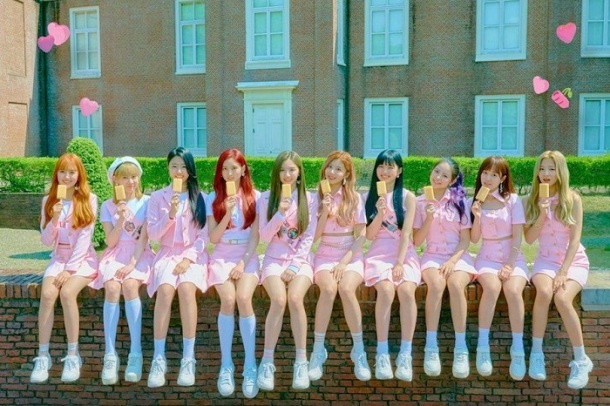 After debuting in January, Cherry Bullet have made a quick return with new single Really Really (네가 참 좋아). Q&A became something of a sleeper hit, establishing a bright, rhythmic sound for the group. But, the real test comes now, as the girls try to secure their success with a track that betters their previous work. With that in mind, Really feels pretty underwhelming. However, its synth-sprinkled production maintains their cheerful style.

Really Really is all about the good vibes. From its opening moment, the instrumental beams with joyful electronics and addictive energy. We’re ushered in by a synth refrain that will eventually take the place of a melodic chorus. As far as EDM-style drops go, at least this one’s bubbly! It doesn’t make up for the fact that Really leans too heavily on its pre-chorus instead of fleshing out a more compelling hook. What we get instead is essentially a repetition of the same line with slight variations.

When we finally do get more melodic complexity during Really’s climax, it comes a little too late. The song’s final thirty seconds are pretty enjoyable, and hint at what the track might have been if given a more daring road map. This sense of missed potential also extends to the verses, which aim for quirky Twice-esque sing-talk but mostly misfire. With a group configuration as large as Cherry Bullet’s, it can be difficult to find something for every member to do. Unfortunately, individual voices and personalities are wiped clean by Really’s restrictive structure. The song is still a nice slice of summertime pop, but it could have been so much more.