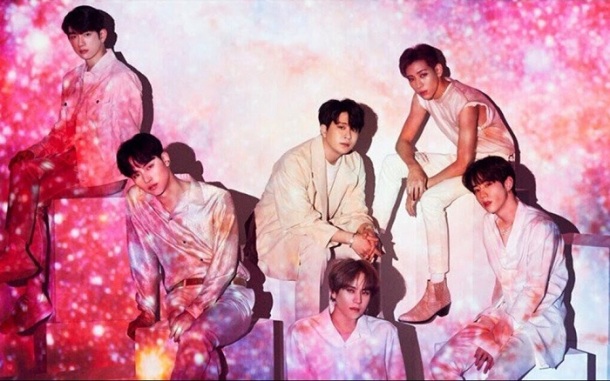 JYP artists must have the most demanding schedules of any K-pop agency. Between Korea and Japan, it feels like they’re just constantly releasing material (GOT7 and Twice, especially). This endless supply of music makes it hard to keep the quality up, and it’s usually the J-pop songs that fall by the wayside. Most of GOT7’s Japanese discography has suffered immensely from this fact, but the group’s sound has recently begun to mellow. The tropical-tinged I Won’t Let You Go was a nice change in direction, and new single Love Loop continues this melodic shift.

Unfortunately, Love Loop suffers from a bit of “been there, done that” syndrome. This quietly anthemic sound may be new for GOT7, but it’s a style we’ve heard from countless others in the past. On the plus side, it offers the group a chance to focus on vocals without their usual swaggy hip-hop getting in the way. In this way, Love Loop feels more like what we got from JJ Project’s last album. It’s atmospheric and emotive, taking its time with a slow-burn melody.

As appealing as this vibe is, I wish that the song built to a more satisfying conclusion. It circles around itself, constantly on the verge of exploding but never quite getting there. Even a climactic key change doesn’t quite do the trick, though the impressive power note that follows sends the track off on a high. In the end, the structure is just too plodding to make much of an impression. The chest-beating, “whoa oh oh” background chants feel too obvious, and the melody never really pops. This is a promising sound for the guys, but they’ve already perfected this kind of lovelorn, semi-ballad in the past (with only two members, to boot!).