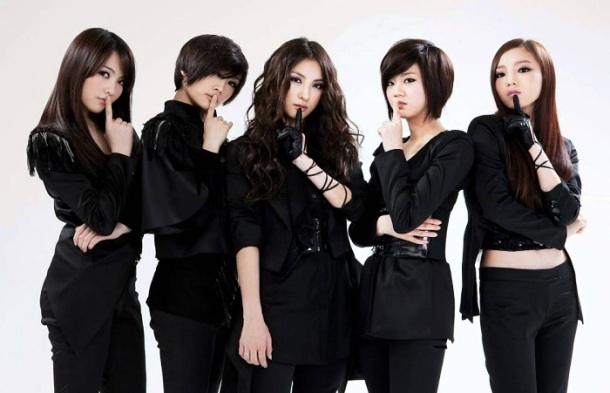 All but forgotten to newer fans, Kara left behind one of K-pop’s strongest discographies when they disbanded in 2016. Their Sweetune-produced singles run is the stuff of legends, and it was pushed into edgier territory by 2010’s Lupin (루팡). The girls were coming off an unexpected viral hit with 2009’s Mister (not even its album’s title track, by the way!) and found themselves pushed into K-pop’s upper echelon. It’s no wonder that Lupin is the second-highest selling single of the group’s career. It’s also one of their best.

Lupin opens with a barrage of fitful percussion, soon joined by frantic stabs of orchestral synth. Its first verse rides this majestic sound, at once imposing and inviting. But as strong as this all is, Lupin becomes transcendent as it enters its layered, vocal-driven chorus. This is where Sweetune have always excelled, crafting a wall of vocals so tightly arranged that they become otherworldly. This chorus is forceful but odd, structured in a way that almost feels as if you’re entering mid-way through. I’ve always felt that the song could do with some sort of secondary hook to support this, but I have to admire Sweetune for keeping listeners off balance. Maybe I just want it all to last longer.

Kara’s vocals strongly recall Abba here, though Abba would rarely be this aggressive in their musical palette. This is evidenced most strongly during Lupin’s breathless bridge, which opens with an intricate barrage of symphonic elements before a climactic build towards the final, electrifying chorus. Kara and Sweetune would go on to craft total perfection one year later, but Lupin is pretty darn close.