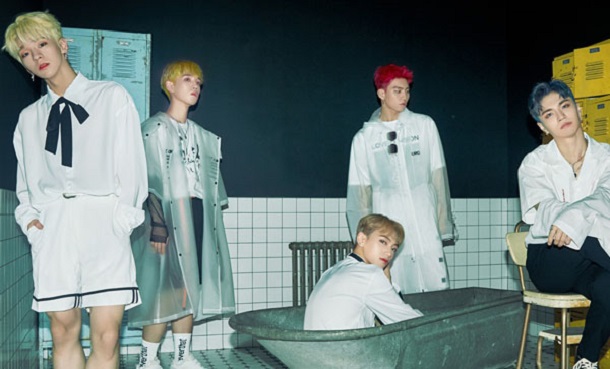 Vanner debuted earlier this year with a full album, which is incredibly unique for a rookie group. Unfortunately, this album was largely forgettable. It doesn’t matter how many tracks you record if none of them are outstanding. For their follow-up, the group has continued to work with the same team, but their sound has transitioned from tropical pop to the more propulsive blend of deep house and hard-hitting EDM that seems to be a favorite of 2019 boy groups.

This sound — heard on tracks like Pentagon’s Sha La La, UP10TION’s Your Gravity and Produce X 101’s Boyness — is one I like quite a bit. These songs tend to build momentum and climax in a high-energy hook that keeps the tempo high. In fact, on paper I should enjoy Crazy Love (미쳐버려) as much as its title suggests. Sadly, the song feels like an unpolished version of this style. It needs to be cleaner and it needs to be sharper.

Crazy Love’s melody could use a more diverse structure, in which each segment builds upon the next with differing — yet complimentary — hooks. As it stands, the song’s pieces blend together into one mushy melody that lacks standout moments. The percussion should also be stronger. It’s buried in the mix, when it would be better off commanding the entire instrumental. Without that anchor, the constant bed of swirling synths tend to take over — amorphous in execution. As much as I appreciate Crazy Love’s energy, there’s nothing to grab onto. It’s like trying to hold on to soup. It just drips through your fingers. With that said, Vanner’s can-do spirit goes a long way. It may be easier to point out Crazy Love’s flaws than its strengths, but its brisk efficiency at least represents an improvement over the group’s debut.