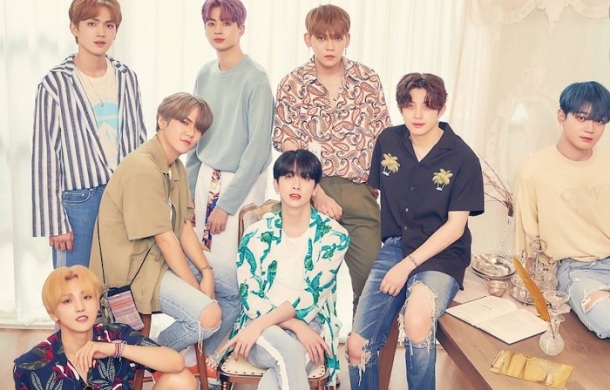 I was surprised when it was first announced that members of UP10TION would be participating in Produce X 101. I knew that the buzz around the group had slowed in recent years, but I always thought they were relatively high-selling. Maybe their agency just realized they needed more of a push when it came to individual personalities. I can understand that. Though their singles placed within the top ten of my year-end countdowns in both 2016 and 2017, UP10TION has never really had a strong identity of their own.

Unfortunately, I don’t think that Top Media knows what to do after Wooseok made it into soon-to-debut project group X1. They received a gift of sorts when member Jinhyuk failed to make the final eleven Produce contestants, leaving him free to rejoin UP10TION and lend his considerable popularity to the group. But, Your Gravity does not feature Jinhyuk at all, putting UP10TION in the same place they were before Produce 101: mostly unknown to the general public.

With this in mind, Your Gravity needed to absolutely knock it out of the park. Its high-octane instrumental seems to be headed that way, but without a strong hook to back it up the song proves difficult to remember. Echoing Pentagon’s Sha La La from earlier this year, Gravity borrows elements of deep house and builds upon them with an aggressive dose of electronic dance beats. The trendy synths are recycled from any number of recent boy group tracks, but I appreciate the song’s relentless energy — even if it’s undercut by an eye-rolling trap breakdown during verse two.

Melodically, Your Gravity is an odd beast. There’s not much of a hook to be found at all. I hear where the chorus should be, but in its place is an assortment of half-hearted phrasing that’s almost melodic but not quite. This lack of a compelling centerpiece causes the track to collapse in on itself. Every time it gets going, the momentum is blunted because there’s nothing dynamic to build towards. I love the brisk, powerful instrumental, but that alone isn’t enough to carry the entire track.