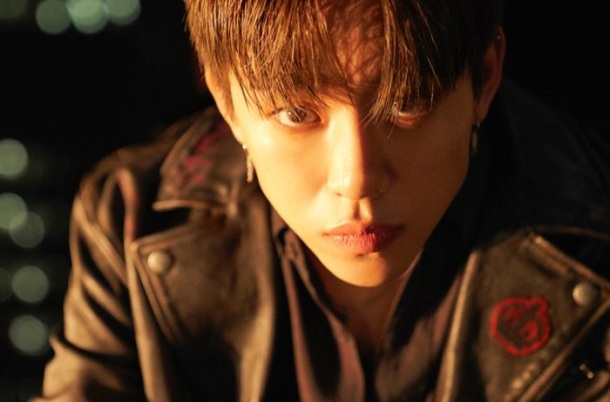 After the remaining B.A.P members left the hellhole that is TS Entertainment earlier this year, it seemed as if the group had essentially disbanded. We could certainly get a reunion in the future, but for now the guys are focusing on solo projects. For Jung Daehyun, that meant a mini album of ballads earlier this spring and the new single Aight (아잇), which is the polar opposite of a ballad.

Over the past few years, I’ve lamented the slow death of “groove” in modern pop music. As the genre has become more and more computer-based, new artists and producers are able to forge entire tracks using only a laptop and a few peripherals. The idea of a session musician — or even a live instrument — feels almost old-fashioned. Connecting this directly to K-pop, I fear that these technological advances mean a glut of lurching electronics arranged in lockstep formation. The songs have a beat. They’ve got tempo. But, they lack funk. They lack that most human of musical elements — an indelible groove.

Groove is one thing that Aight gets right. The song pulses on an addictive electro throb, adorned with bass guitar and vocal flourishes. To me, it recalls the late-80’s work of rock band INXS mixed with early 00’s Daft Punk, which is a comparison I never expected to make. I’m sure it was all accomplished on a computer, but at least the instrumental strives for a loose, organic appeal. Unfortunately, Aight’s melody and performance aren’t quite up to the challenge. Too much of the song feels overly beholden to its production, fitting half-formed melodic hooks around the exciting instrumental. Without one distinct refrain to hang its hat on, Aight actually ends up more groove than song. The old idiom “don’t throw the baby out with the bathwater” seems apt here. Oh, the irony.