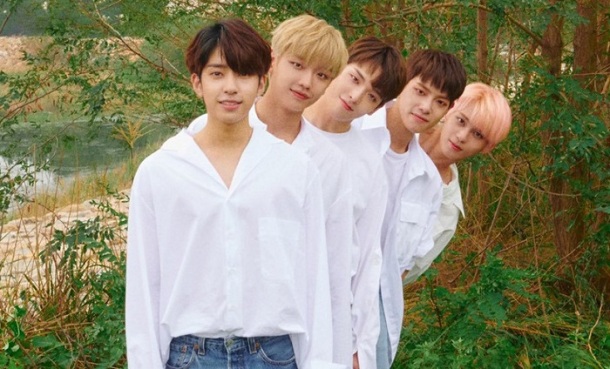 Like too many other groups this month, rookies We In The Zone are down a member for their first comeback. So, in a way Loveade represents a fresh start. The group received some fan love this May with their debut, but are definitely in need of a boost when it comes to attention from the general public. With this in mind, Loveade is an oddly old-fashioned choice to promote.

I’m not entirely sure whether this is a good of bad thing, but Loveade nails the sound of “2012-era underfunded rookie group.” The song is a specific kind of generic, which seems like an oxymoron by definition. But back in the day, short-lived idols groups would pop up all the time with material exactly like this: vaguely catchy pop tracks over dime-a-dozen dance beats that carried no unique flair of their own. Since then, “generic” has come to mean genres like trap, EDM and future bass. So, in its own weird little way, Loveade actually stands out by playing to an outdated sense of the generic!

Confused yet? Well, take a listen to the track and you’ll hear what I mean. Yes, it collapses into an unfortunate trap beat during its pre-chorus. And yes, its verses borrow a bit from the trendy deep house craze. But, that sunny, melodic chorus is pure 2012 schlock. And frankly, I miss 2012 schlock, so it’s alright with me. I simply can’t hate a song that proudly uses the words “easy peasy, lemon squeezy” with such apparent earnestness. I’m sure I won’t even remember Loveade in a few months’ time, but for now it makes for a nice, refreshing autumn bop.

2 thoughts on “Song Review: We In The Zone (WITZ) – Loveade”