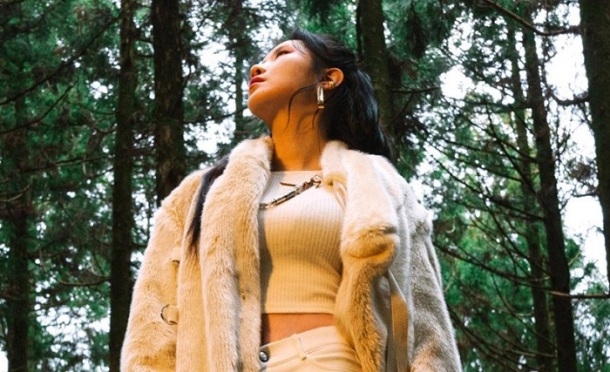 When we last heard from Yezi, she was forging incantations into hip-hop magic with the addictive, experimental Anck Su Namun. It’s hard to believe that it’s already been two-and-a-half years since the release of that song. Entire idol group careers have blossomed and fizzled out in less time than this hiatus. Since 2017, Yezi’s been featured on OST tracks and special singles, but her voice as a soloist has definitely been missed.

Comeback single My Gravity takes a hard right turn, shining full focus on Yezi’s vocals without a shred of hip-hop to be found. Despite being moderately familiar with her former group Fiestar, I really didn’t know that Yezi had this in her. My Gravity isn’t just a ballad. It’s a power ballad, requiring all the requisite belting. The arrangement aims for the rafters, building to a bombastic chorus with swelling orchestration and beefy slaps of percussion. The song even takes an unexpected turn during its bridge, where the tempo heightens and briefly transforms My Gravity into a chugging dance anthem.

Of course, the track doesn’t fully engage in this diversion, quickly reverting to the Disney-ready ballad it wants to be. In fact, I could easily imagine My Gravity as part of a Frozen-esque movie soundtrack. It’s practically designed to be performed from a mountaintop, with arms extended and spirals of snowflakes dancing around the protagonist. For me, the chorus is a little treacly and one-note, and repeats too many times. But, I applaud the over-the-top ambition. This couldn’t be farther from attitude-charged tracks like Anck Su Namun and Cider, but Yezi just about pulls it off.

One thought on “Song Review: Yezi – My Gravity”