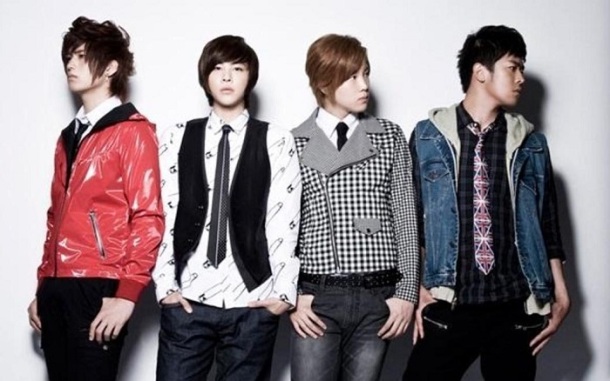 This isn’t the first time I’ve written about underrated group F.Cuz, and I’m always happy to have the opportunity. Though most casual K-pop fans are unlikely to be familiar with them, the group released way more strong material than their reputation might suggest. Very early on in their career, they delivered the dramatic, completely over-the-top Midnight Sun (미드나잇 선) – and the song still holds up to this day.

Back in 2010, K-pop was just starting its massive expansion. The idol world was still a relatively small pool, and each act felt like they had their own unique character. F.Cuz would go through many transformations, but they always worked with great collaborators. Midnight Sun was composed by the legendary (and prolific) Kim Hyungseok, most well known for his work on OSTs. He amps the theatricality to eleven here, bringing in prominent use of strings and other orchestral elements. This is evident right from the start, as the track opens with a slow-burn introduction ripped right from some alternate-universe Phantom Of The Opera.

The percussion doesn’t even enter until after the forty second mark, when Midnight Sun unveils a chugging club beat underpinned by a generous dose of strings. Most importantly, the song goes for the pop jugular during its chorus, offering a soaring, anthemic refrain that stretches across multiple segments. My favorite is the extended “I wanna go back to yoooooouuuuu!” refrain and the symphonic swirl that immediately follows. It’s a brilliant capper to the chorus, and injects a cinematic appeal that heightens the sense of emotion. And just in case you thought this wasn’t *quite* overwrought enough, we get a melodramatic, spoken-word bridge to tie everything together. Best of all, none of this feels remotely self-conscious. K-pop hadn’t yet become obsessed with breaking Western markets and being “taken seriously” by journalists and critics. This was ground zero for all-out fun and madcap ambition.