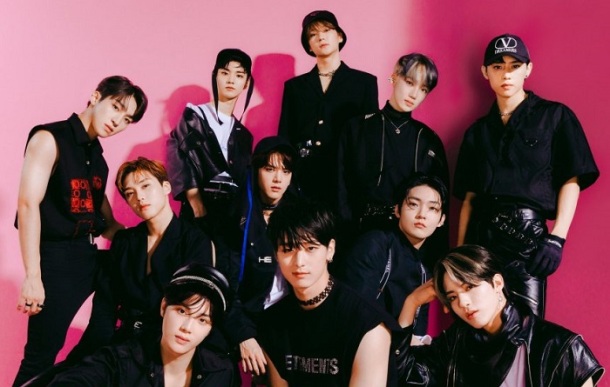 Over the course of their first full-length album, The Boyz succumbed to many moody boy group tropes. This came as a disappointment to me, as I much prefer their funkier, SHINee-esque moments. Right Here and Giddy Up remain defining singles for them, and haven’t been bettered by anything they’ve released since. New track The Stealer comes off the heels of the group’s victory on Road To Kingdom, and draws from that series’ performance-oriented influences. It’s a mixed bag, with more highs than lows.

Unlike many K-pop tracks of the last few years, The Stealer thrives most during its verses. They’re lithe and funky, arranged with a spontaneity that makes the track feel brisk and exciting. I love the bass that underlines these segments. It’s incredibly energetic and has a unique pulse that differentiates The Stealer from all the other bass-heavy offerings this month. But, my heart really gets racing when the instrumental brings guitar into the equation. I would have loved to hear this instrument support the chorus as well, as I think it’s an underutilized element in K-pop.

So, let’s talk about that chorus. I don’t hate it, but its halting nature keeps The Stealer from being an instant classic. The towering vocal arrangement is appreciated (and very SMent), but I wish the tempo didn’t plunge off a cliff. It’s not an unforgiveable approach, and I think it works better here than in many boy group tracks. However, I would’ve liked to hear at least one chorus that carried the energy of the verses through. The Stealer’s finale gives us an added layer of percussion, but not to the point that it feels satisfyingly climactic. Still, this is a definite improvement from Reveal and Checkmate, and points toward a more exciting, ambitious musical future for the group.

18 thoughts on “Song Review: The Boyz – The Stealer”